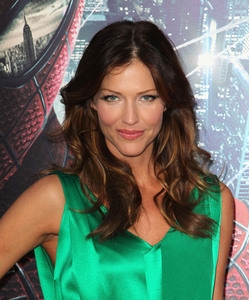 Fans of Primetime TV don’t want to miss what’s set to take place during the week of September 10, as well as a few scoops for before and after. This week’s Primetime Dish column highlights episode teasers, numerous casting scoops, encore episode alerts, and details about a real life Hells Angels member appearing in a popular FX series…

Boardwalk Empire:
Season premiere episode! On Sunday September 16 in the episode titled “Resolution” during a New Year’s Eve party Nucky’s resolution doesn’t sit well with Gyp Rosetti. Against her husband’s wishes, Margaret wants to build on the Thompson donation at St. Theresa’s Hospital. Gillian monitors Richard’s mentoring of Tommy. Al Capone is annoyed by Dean O’Banion, and Van Alden is involved in a confrontation that could change his career path. Tune in to HBO at 9:00 PM.

Breaking Bad:
Late return date! Last week was the show’s mid-season finale but watch for new episodes to resume in the summer of 2013. Yes, we know, that’s quite the wait!

Community:
Season four will return to NBC on Friday October 19 at 8:30 PM, and guess who’s tapped to guest star? Tricia Helfer (“TRON: Uprising”) will turn up as Lauren sometime this fall – the superfan of Inspector Spacetime.

Dr. Horrible’s Sing-Along Blog:
If you were a fan of the 2008 three part online musical the CW is allowing viewers to relive the fun! Tuesday October 9 from 9:00 PM to 10:00 PM will mark the show’s special television debut. Neil Patrick Harris (“How I Met Your Mother”) stars as Billy, A.K.A. villain Dr. Horrible, whose aim for world control doesn’t go as planned. Former “One Life To Live’s” Nathan Fillion (ex-Joey; “Castle”) plays his arch nemesis, superhero Captain Hammer.

Elementary:
David Harbour (“The Newsroom”) will guest star in the new fall CBS drama as Dr. Mason Baldwin. Tune in for the Thursday September 27 premiere at 10:00 PM.

Happy Endings:
Nick Zano (“2 Broke Girls”) fans rejoice! The actor will appear in at least six episodes as a possible love interest for Penny. Zano’s character, Pete, will first appear in episode five of season three, which returns at 9:00 PM on Tuesday October 23.

Hart Of Dixie:
New recurring role! Actress Kelen Coleman (“The Newsroom”) will be appearing in the upcoming season as Presley, which returns to the CW at 8:00 PM on Tuesday October 2. Programming note: On Tuesday September 11 the CW will air a repeat of its April 30, 2012 episode titled “The Race And The Relationship” at 8:00 PM.

Major Crimes:
In the Monday September 10 9:00 PM TNT episode the squad has to work fast before anyone else is hurt following a kidnapping-turned-homicide. DDA Andrea Hobbs is a valuable resource in the case, and DNA evidence proves Rusty is more connected to the justice system than anyone expected.

Once Upon A Time:
"Lost" alum Jorge Garcia has landed a guest starring role as 'The Giant'. As in "Jack In The Beanstalk's" giant? It looks that way so far. Tune in for ABC's season two at 8:00 PM on Sunday September 30.

Person Of Interest:
Gloria Votsis ("White Collar") has landed a guest starring role in episode five as Maxine Angelis. Look for the new season to return to CBS on Thursday September 27 at 9:00 PM.

Saving Hope:
US cancellation! NBC has decided to remove the series from its current line-up. The final two episodes will be aired online and on Canada’s CTV, which has renewed the series for a second season, on September 6 and 13.

Sons Of Anarchy:
Hard core biker fans of Hells Angels' Rusty Coones ("The Devils Ride"), founder of the Orange County chapter, will get to see him in action on the FX series. Watch for Coones to appear as a nomad president named Quinn in episode 509. The series returns at 10:00 PM on Tuesday September 11.

Strike Back:
In Friday's Cinemax September 14 10:00 PM episode Stonebridge and Scott share each other's mistakes. Knox reveals how he plans to make Africa a world power, and Stonebridge befriends Ava.

Sullivan & Son:
Renewal! TBS has green-lighted it's freshman series for a second season to include ten new episodes. The series has averaged 2.5 million viewers and airs Thursdays at 10:00 PM.

Supernatural:
Wednesday September 12 will bring CW fans a repeat of the May 4, 2012 episode titled "Reading Is Fundamental" at 9:00 PM.

The L.A. Complex:
In the September 10 episode titled "Help Wanted" a confession is made! Monday Episode Teasers: Abby records backup tracks for Kal's album. After Nick's firing, Sabrina's soft side emerges. Beth avoids her father. Though Raquel can't catch a break, things start turning around for Connor. Watch a sneak peek below...

The Vampire Diaries:
To hold fans off until the October 11 season premiere, the CW will air a repeat of its April 26, 2012 episode titled "Don't Go Gentle." Tune in for a refresher at 8:00 PM and if you haven't already, watch The Vampires Diaries Season Four Trailer.

If it's strictly spoilers you're after view Primetime Spoilers to find out if Alex will distract Will upon her return in "White Collar" then vote in our Soap opera polls on some of the recent Daytime storylines.