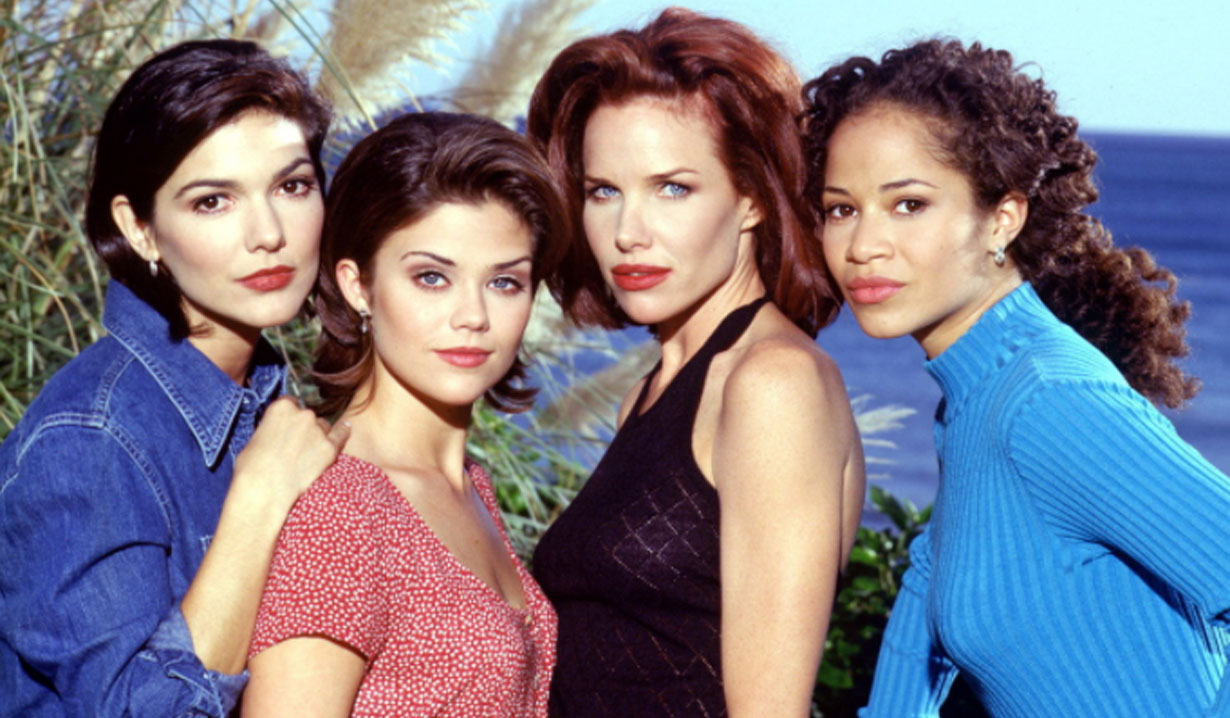 One of the shortest-lived soaps, clocking in at just under three years on the air, Sunset Beach still grew a cult following of younger viewers pulled into the legendary Aaron Spelling’s first-ever daytime drama. When it premiered, it was the first new soap opera to hit the airwaves in eight years. With storylines that ranged from modern (an internet romance) to outrageous (pregnancy by turkey baster), most of the characters were given a happy ending by the time it was cancelled in 1999 to make way for a new soap with even more unbelievable storylines on NBC, Passions. Soaps.com takes a look at the history of Sunset Beach.

The players:
The show began with 21 contract players, but only had seven by the series’ end. Set in a Southern California beachside town, Sunset Beach focused on the wealthy Richards family, the Torres family, the Deschanels and a rotating bevy of beautiful residents. Lovers Ben Evans and Meg Cummings were at the center of the show.

Outrageous storylines:
While the storylines on Sunset Beach started out in line with other soaps, it wasn’t long before it delved into outlandish territory. One of the first storylines involved the internet romance between Kansas farm girl Meg Cummings and wealthy California businessman Ben Evans, but that was about as tame as it got. The Terror Island storyline cashed in on the popular Scream movie franchise with a serial killer that wore the same mask. Another shock wave storyline doubled up on disaster, hitting the residents on land with a destructive earthquake while those on a party boat were tipped over the Poseidon Adventure style. And who could forget when Ben’s long-thought-dead wife Maria (Christina Chambers) came back to town or when Cole slept with both Caitlin and her alcoholic mother Olivia, getting them simultaneously pregnant?

The finale:
It would be shocking if a soap finale did not include a wedding. Sunset Beach ended with two – the double nuptials of Meg and Ben, the long-suffering couple at the core of the show, and Vanessa and Michael. The Sunset Beach finale also poked fun at the idea of the entire soap being a dream of Meg’s back in Kansas when she woke up back home a week before her wedding to the man she ran away from in the first episode. In Kansas, she professed her time in Sunset Beach was just a dream until she opened the door to a man who has run out of gas – Ben! Then, Meg woke up back in Sunset Beach in Ben’s arms and he assured her that her dream about Kansas was just a dream. Got it?

Sunset Beach trivia:
* Kristin Davis of Sex and the City fame was originally offered the role of Meg Cummings but turned it down.

* The show was created as an attempt to draw younger audiences to the NBC daytime lineup.

* A total of only 755 episodes were created.

* When the show began, it was the only soap opera that featured Asian-American characters.

Watch Meg and Ben finally get married in the last episode of the series.