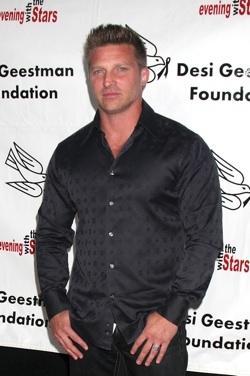 Daytime was rocked with some major casting news in August as several longtime vets announced their departures, while a few others made their returns known.

The Bold and the Beautiful:
In moves that are sure to change the “B&B” landscape, two of the core four are leaving the show they’ve called home for 25 years. First, Ronn Moss has decided to leave the role of Ridge Forrester to go in new directions and will last be seen on September 14. Next, his onscreen mother Susan Flannery has opted to exit the role of Stephanie Forrester in December. Don’t worry, there is some good news. Katherine Kelly Lang re-upped her contract to continue playing Brooke Logan for another two years. In addition, another fan favorite is returning in the near future. Find out who in The Bold and the Beautiful Comings and Goings.

Days of our Lives:
This month saw relative Salem newbies Sarah Brown exit the canvas as Madison and Ian Buchanan air his final scenes as Ian McAllister. There were also a few returns though as, in addition to a few recurring characters, Wally Kurth and Judi Evans made appearances as Justin and Adrienne once again. In addition, another actor who left the show in 2009 popped back up. In case you missed it, get the details at Days of our Lives Comings and Goings.

General Hospital:
Port Charles was a whirlwind of casting activity in August. First, Kirsten Storms finally made it back to the set and will reappear onscreen as Maxie in September. Next, Sebastian Roche and Ingo Rademacher returned as Jerry and Jasper Jacks. Then, Ian Buchanan, hot off his "Days" exit, showed up in Port Charles again as Duke Lavery after a twenty-year plus absence. While all that was welcomed news, fans were dealt a blow when Steve Burton announced he will be taking off the black t-shirt when he leaves the role of Jason Morgan later this year. While fans cope with their grief, they can look forward to one more return on the horizon. If you want to be spoiled on who's on their way back, go to General Hospital Comings and Goings.

The Young and the Restless:
Not to be left out, Genoa City doled out its share of casting shakeups. Look for a new Noah Newman, as Kevin Schmidt is out once again with Robert Adamson taking over. In addition, Christel Khalil is also on her way out as Lily Winters Ashby after her contract negotiations reportedly fell apart. All is not lost however, as a few returns are on their way. Lauralee Bell, Michael Damien and Jess Walton are reprising their roles as Christine (Cricket) Blair, Danny Romalotti and Jill Fenmore respectively. No word on Walton's airdate, but Bell and Damien will return for the 10,000 episode in late September. For more casting news, including the recent character breakdowns, head to The Young and the Restless Comings and Goings.

What does Mona have up her sleeve on "Boss?" Get the lowdown in Soaps.com's Primetime Spoilers. Make your opinions known about all the soaps at Soap Opera Fan's soap opera polls.

New Movies to Watch This Week: ‘Dune,’ ‘The French Dispatch,’ ‘The Harder They Fall’