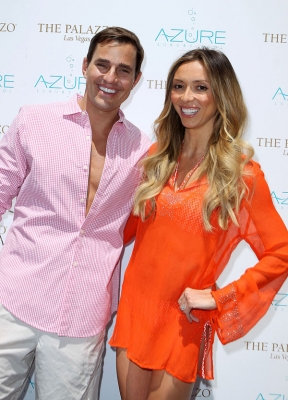 Babies were born, shows were cancelled and lawsuits were settled – and Soaps.com has the details about it all in this week’s Reality Rush!

Amazing Race:
When the around-the-world adventure show returns on September 30, the teams will have the opportunity to win $2 million dollars – the largest prize awarded on the show ever. This time around, a heavy-metal rocker, double amputee pro snowboarder, world champ lumberjack, “The Fabulous Beekman Boys” and even some Chippendales dancers will travel over 25,000 miles in nine countries to get that top prize.

Bachelor Pad:
Rumor has it that resident heart throb – and previous winner – Michael Stagliano had been using Rachel the entire time they were in the house. In fact, it’s possible he was seeing someone else while they were hooking up. Let’s hope the scoop that they have a big blowup at the reunion is true! The next episode airs September 3.

Big Brother:
What a turnaround this season has been! Even before Dan’s amazing resurrection from sure elimination, the power of veto that robbed Frank of a first-place finish was gripping enough. Now, with Britney gone and Ian on the hot seat, who will he be able to turn to? The next episode airs September 1. Spoiler Alert! The live feeds had it down to Ian and Shane an hour and a half in – bad news for Dan!

Braxton Family Values:
Tamar and Vince continued to try to make a baby, this time by having the eggs harvested for in vitro. Or should we say, the eggs were “Snatched?”

Giuliana and Bill:
Reality’s favorite couple welcomed a baby boy via surrogate this week. They have been trying for a baby for a while, and fans of their show know they have struggled with fertility and cancer, making this the best news ever for them. Congratulations!

Jersey Shore:
There was good news and bad news for the kids from Seaside this week. First, the good news. Snooki gave birth to her son, 6-pound, 5-ounce Lorenzo Dominic LaValle on Sunday in Livingston, N.J. Sadly, later in the week MTV announced the next season of “Jersey Shore” will be its last. The crew offered up their thoughts via Twitter. Fist pumps forever!

Yes, sadly it’s true. This upcoming season of Jersey Shore will be our last. But it was fricken INSANE. I will always love my roomies! ?

Aright, so I guess I’ll run for president now #Vinny2012

Keeping Up With The Kardashians:
Kim Kardashian has settled her year-old lawsuit with Old Navy over their use of a Kim K. lookalike in one of their commercials, seen below. The commercial featured Canadian singer and actress Melissa Molinaro, who had her own reality moments on "Making The Band 3" and "Pussycat Dolls Present: The Search For the Next Doll." She even had a multi-episode stint on "The Young and the Restless" in 2004. No details about the settlement were filed with the court.

Master Chef:
It is down to the final three on Fox's "Master Chef," and only one will walk away with a book deal and the $250,000 grand prize. On September 4, Becky, Christine and Josh will prepare a dish featuring a pair of legs – chicken, lamb, or frog – that is worthy of a spot in the September 10 finale. Think you have what i takes to be on Season 4? Season Four Open Casting Calls will be held in New York, Los Angeles, Chicago, Boston, Dallas, Minneapolis, Miami, Cleveland, Portland, San Diego and Nashville.

Mob Wives:
Production for season 3 in New York is underway and Renee Graziano is putting it out there she is single and ready to mingle. The criteria? Tall, dark and handsome, athletes preferred. Not on the list? The plastic surgeon she is tangling with in court or her incarcerated ex.

Survivor:
Ever wonder what happened to all those players taken out of the game for medical reasons? Now three of them get a chance to return to the wild to outwit, outlast and outplay for a cool million.

So You Think You Can Dance:
Two more dancers were cut from the crew this week on "SYTYCD," leaving the competition with just six contestants as they head into the September 5 live performance and elimination, where will be paired with new All-Star partners. What do you think about this year's accelerated format? Vote below.

Project Runway:
Anyone still mad about Venn's inability to handle designing for a "real" woman last week? Us too. Last night he made it through another round however, as Kentucky designer Gunner was cut from the competition for his predictable cocktail dress. Read about the entire episode at Realty TV Magazine's Project Runway recap.

Coul Walt's family could be in even more danger this week on "Breaking Bad?" Find out in Soaps.com's Primetime Spoilers. If you need a laugh you can't go wrong with our Soap opera screen captures.