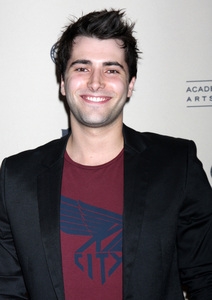 Soaps.com’s August interviews with the stars of Daytime television had one “Days of our Lives” actor talking about his onscreen relationship with Salem’s Will Horton, a Genoa City actor reacting to his abrupt release from the number one Daytime drama and another getting personal about an affair she had with her onscreen son. We also have a treat for Primetime fans who are missing “Dallas,” as one actress dishes about her character being married to her cousin.

Is “Days of our Lives” Will Horton denying his feelings for Sonny? During our Interview with Freddie Smith Hollie got the actor’s take on it all. “He is going through so much. He was with a girlfriend then was like, ‘Wait a second, I’m attracted to guys’ so I don’t know if he could distinguish between liking Sonny as a friend or being attracted to him. So after he comes out and becomes comfortable with himself he will be able to really see what those feelings are like, where he could have a genuine take on how he feels instead of being confused.”

“The Young And The Restless” fans have always thought of Brock Reynolds as Katherine Chancellor’s son – one who’s called her Duchess throughout the years. However, did you know that off-screen they had a steamy love affair? In our Interview with Jeanne Cooper the Daytime icon talked about revealing the affair in her memoir and told Candace, “I just spoke to Beau yesterday, in fact. He’s so amazing, and he’s fine with the book and things like that. That’s probably one of my misgivings. Although Beau is now 60, I’m still 83. I should have given him more credit for going beyond the age thing, but he said that a long time ago. But, I’m content.”

After being let go back in 2010, in favor of a Genoa City recast, then brought back, the actor who plays Noah Newman has been let go again. During our Kevin Schmidt Exit Interview "The Young And The Restless" actor told Soaps.com/Soap Opera Fan Blog Editor-In-Chief Christine Fix how he heard about the news and what his initial reaction to it was - not to mention what message he had for the show and CBS via Twitter. "I was hurt at first. The producers have a way of dropping bombs on the actors instead of being transparent with their decision making. The last episode I worked we bid farewell to, Eileen Davidson [Ashley Abbott McCall], which took the wind out of everyone’s sails. So much talent on Stage 41 and 43."

Kissing cousins would be an appropriate assessment for "Dallas'" Rebecca and Christopher Ewing. In our Interview with Julie Gonzalo Hollie got the scoop as to the reality of this union. "Yes the reality of it all is that I am married to my first cousin. Sure, not related by blood but it is kind of weird. It's interesting to know the reality of this role and I don't know where it's going and that's to be completely honest with you. The idea that she is married to her cousin, I don't know. She really is in love with him, she fell for him."

If you missed them check out Soaps.com's July Interviews.

Do you ever wonder what could have been? Read Soap Opera Fan Blog's Soap Opera Fan Fiction and stay in the loop on all things celebrities through our latest Star Gazing column.