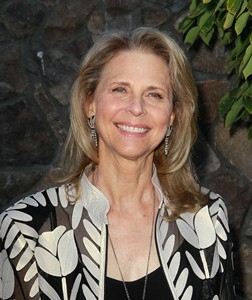 Three shows finish up their summer run this week, including the fan favorite “Pretty Little Liars.” There will be no disappointment in watching the final episode of the season though.

Secret Life of the American Teenager: Half Over.
What’s up with Ethan and Kathy this week…they don’t look even half upset as everyone else after Jack’s attack last week? This week is the summer finale on Monday August 27, at 8:00 PM on ABCFAM.

Alphas: Alphaville.
Rosen gets a lesson in Alpha-enhancing technology…sounds interesting. Even better is the fact that Summer Glau (Firefly, “Terminator: The Sarah Connor Chronicles”) guest stars as the teacher. Maybe it sounds better than interesting now. Check it out Monday August 27, at 8:00 PM on Syfy.

The L.A. Complex: Half Way.
Lawsuit, lies and manipulation are in vogue in this week’s episode of “The L.A. Complex.” Stuff is getting blown up too. It’s moved to a new time this week so if you are a fan, tune in Monday August 27, at 8:00 PM on CW.

Warehouse 13: Fractures.
If you are an “Alice in Wonderland” fan this week’s episode of “Warehouse 13” is for you. Lewis Carroll’s mirror is stolen from the warehouse. And if you are a “Bionic Woman” fan (we promise not to ask), Lindsay Wagner makes a guest appearance as Dr. Vanessa Calder, Monday August 27, at 9:00 PM on Syfy. There are some other important details about a murderous spirit but we don’t want to spoil everything.

Major Crimes: Medical Causes.
Raydor is on the search for Rusty’s mother, but we’re not sure if that is the only thing he will find Monday August 27, at 9:00 PM on TNT.

Perception: Nemesis.
Kate is going to learn some new things about Daniel after she overhears something shocking, Monday August 27, at 10:00 PM on TNT.

Grimm: Bad Moon Rising.
Nick gets his Grimm on this week to lend an assist to Hank in the disappearance of a friend’s daughter. Family reunions are so much fun… missing people to find and interesting motives to disturb the heart and soul. Tune in Monday August 27, at 10:00 PM on NBC.

Pretty Little Liars: The Lady Killer.
You might want to watch “Pretty Little Liars” with the lights on. It is getting pretty intense for a season finale. The next member of the “A Team” is revealed Tuesday August 28, at 8:00 PM on ABCFAM. The Primetime Dish has the preview video of this episode.

White Collar: Compromising Positions.
A touch of politics figures in “White Collar” this week as a political fixer is about to sabotage a trial. Sara makes an appearance as well on Tuesday August 28, at 9:00 PM on USA.

Covert Affairs: Loving the Alien.
Annie’s taking chances this week without the assistance of the CIA on a trip to Cuba with Simon on Tuesday August 28, at 10:00 PM on USA.

Royal Pains: Dancing With the Devil.
Divya’s distracted, Paige gets help from Evan while getting ready for school and Hank makes friends with another doctor Wednesday August 29, at 9:00 PM on USA.

Necessary Roughness: All the King’s Horses.
It is nearing the Hawks season opener and disaster is looming. Catch a special guest appearance of Michael Imperioli (“The Sopranos”) on Wednesday August 29, at 10:00 PM on USA.

The Exes: He’s Gotta Have It.
Tennis star Chuck Feeney hides from the paparazzi. Is he the ladies’ man after all? Holly and Haskell turn it up a notch to support Eden during her pregnancy this Wednesday August 29, at 10:30 PM on TVLAND.

Saving Hope: The Law of Contagion.
Hope Zion is threatened by a contagious virus when a sick plane passenger lands on Alex’s operating table Thursday August 30, at 9:00 PM on NBC.

Rookie Blue:
“Rookie Blue” takes a break this week due to the Republican National Convention, but tune in Thursday Sept. 6, at 10:00 PM for the season finale on ABC when a log is on the line in the 15 Division.

Boss: Ablution.
Mona has Kane’s attention and takes the opportunity to direct it to a blighted housing project. See what develops Friday August 31, at 9:00 PM on STARZ.

Leverage: The Real Fake Car Job.
A classic antique car highlights this episode when Nate and the gang go after a Wall Street Crook, Matthew Lillard (Shaggy of "Scooby Doo"). Soaps.com cannot confirm whether or not it is the 1968 Chevy van known as the Mystery Machine. "Leverage" airs Sunday September 2, at 9:00 PM on TNT.

Hell on Wheels: Scabs.
There’s tragedy this week and Cullen needs to take care of a problem close to home. Sunday September 2, at 9:00 PM on AMC.

Breaking Bad: Gliding Over All.
Walt is taking care of business this week and it isn’t looking good for his family. Sunday September 2, at 10:00 PM on AMC.