The Office:
It's the end of the line for Scranton's paper pushers. In a conference call with reporters this week, executive producer Greg Daniels announced that the comedy will conclude in May. He assured that all questions would be answered, including just who is behind that documentary after all!

Once Upon A Time:
Out on August 28 is the DVD and Blu-Ray release of the first season of "Once Upon A Time," which includes commentary from the cast about their experiences on set and more.

Portlandia:
Expect to see indie darling Chloe Sevigny a lot on Season 3 of Portlandia - she is the new roommate of Fred and Carrie!

Sons Of Anarchy:
Season 5 hits the small screen on September 11 at 9:00 PM, and Jax’s Queen will do whatever it takes to protect her family, including face off with Gemma as well as do battle with Drea de Matteo’s Wendy!

Sullivan & Son:
Carol's impending menopause sends her into a funk, and Ahmend steps into it trying to make her feel better on August 30 at 10:00 PM.

Supernatural:
On August 29 at 9:00 PM, Sam and Dean are the objects of a nationwide manhunt when two Leviathans clone the pair and go on a killing spree. Bobby tries to find a way to stop the imposters, or at least slow them down enough for the real brothers to finish them off.

True Blood:
Season finale! Eric embarks on a final, desperate mission to overthrow the Authority – and save Bill from losing his humanity. Meanwhile, Sam and Luna test their limits in trying to escape the Authority on August 26 at 9:00 PM.

Tyler Perry's For Better or Worse:
When Jennifer discovers Tommy trying on make-up and wearing heels, she begins to wonder if he could be gay on August 31 at 9 PM. Then at 9:30 PM, when Joseph is unable to perform, Leslie fears that he might not like her looks anymore.

The Vampire Diaries: Damon and Stefan focus a new project that will bring them closer to destroying Klaus. They quickly bring Elena, Caroline and Matt in on the plan on August 30 at 8:00 PM. Stefan’s emotional turmoil leads him to a dangerous confrontation with Klaus and, later, to a heartbreaking moment with Elena.

The Walking Dead:
Entertainment Weekly is reporting that Dallas Roberts, who last season portrayed Juliana Margulies’ brother on "The Good Wife," has joined the cast of the AMC zombie drama "The Walking Dead." The show returns October 14.

The attraction between David and Priya has been growing on "Emmerdale," but they've been keeping it a secret from everyone else. Find out now what happens through Soaps.com's Soap Scoop: UK/Australia Edition, and don't forget to read our Pretty Little Liars recaps each week. 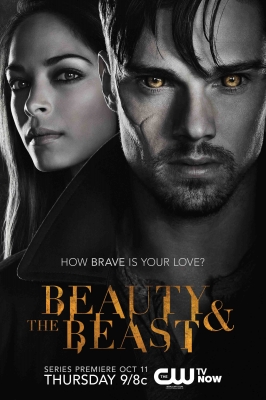 Soaps.com has plenty of Primetime scoops for our readers to look forward to during the week of August 27 and beyond. In our latest Primetime Dish you’ll find episode teasers, casting scoops, encore episode alerts. This week, Jennifer suspects her son of being gay on “Tyler Perry’s For Better or Worse,” things get tense at lunch on “The Newsroom” and a desperate Raquel comes up with a new plan on “The LA Complex!”

Arrow:
Premiering on the CW Wednesday October 10 at 8:00 PM, Arrow traces the story of Oliver Queen, a billionaire playboy who moonlights as a crime-fighting vigilante looking to clean up the streets of Starling City.

Beauty and the Beast:
Another new offering this fall from the CW, this is a modern reimagining of the classic love story starring Kristin Kreuk and Jay Ryan. The show premieres October 11 at 9:00 PM.

Big Bang Theory:
It was recently announced that Kevin Sussman is committed to being a series regular for Season 6 of “BBT.” The comic-store owner has recurred on the show since Season 2.

Brothers-In Law:
Kalen Coleman from “The Newsroom” has been cast in the new TV Land pilot “Brothers-In-Law” as Jason Cooke’s wife. She will still recur in her role on the HBO drama.

CSI:NY:
Neal McDonough of “Justified” fame has been cast on “CSI:NY” as a senator caught up in a shootout in an upcoming episode. McDonough has been busy – he also rcently shot the TNT drama pilot, “L.A. Noir.” Season 9 of “CSI: NY” premieres September 28 at 7:00 PM.

Emily Owens, MD:
On October 16 at 9:00 PM, the CW’s new series “Emily Owens, MD” premieres, centering on a first-year surgical intern (Mamie Gummer) who is ready to put her geeky awkward school years behind her. Check out a clip below.

Grimm:
Kristina Anapau, who appeared on “True Blood” as the fairy Maurella, will guest star in an upcoming episode of “Grimm.” Season 2 of “Grimm” currently airs Mondays at 9:00 PM, but moves to its regular time slot of Fridays on Sept. 21 at 9 PM.

Hart of Dixie:
Lemon nervously leaves the planning of her bachelorette party in little sis Magnolia’s hands with … interesting results. Meanwhile, Zoe accepts an invitation to dinner with one of her patients, guest star Justin Hartley (“Passions,” “Smallville”).

The Killing:
Is it possible the axed-AMC show will come back to life online? One month after the cancellation, TV Line reports that Netflix and DirecTV — are in early talks with Fox TV Studios to pick up a third season of the show. Would you watch? Let us know in the comments.

The Mentalist:
Now that the show’s Amanda Righetti is expecting her first child, will her character Van Pelt be a mom soon too? “The Mentalist” returns to CBS for Season 5 on September 30 at 9:00 PM

The Newsroom:
Nina surprises Mac with a damning revelation while Jim and Maggie reach a crossroad. Neal uses his online alter ego to smoke out a threat. Then, Will, Mac and Charlie face off with Leona and Reese during a tense lunch meeting on August 26 at 10:00 PM.

Nikita:
On August 31 at 9:00 PM, Nikita is captured and tortured by Nicholas Brandt, a recently-released target from her past. After he has her in his clutches, he forces her to face a side of herself she thought she had long buried. 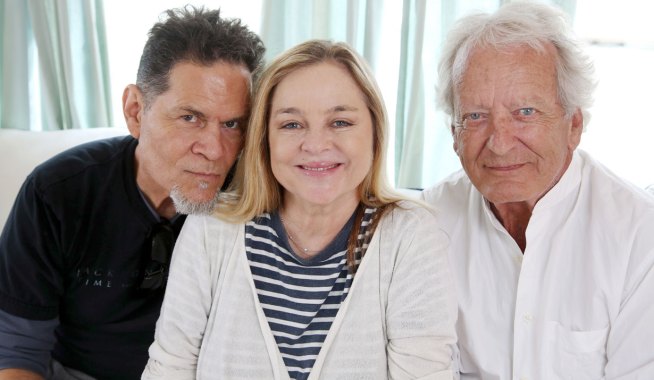 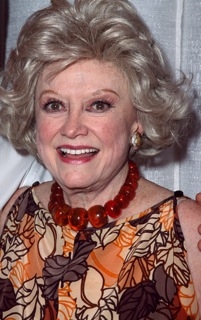 ‘Tom Swift’ Canceled By CW After One Season