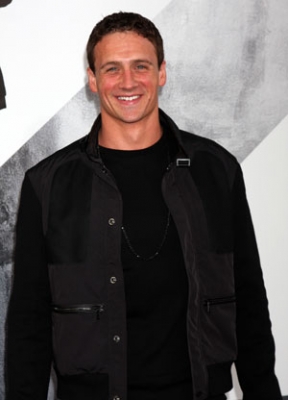 Who is Taylor Swift singing about this time?
Taylor Swift announced her new album ‘Red’ this week, via live YouTube video chat. The country star also revealed her new single “We Are Never Ever Getting Back Together,” allegedly about an ex-boyfriend of hers. Lyrics include: “I remember when we broke up the first time saying, ‘This is it, I’ve had enough,’ ’cause like we hadn’t seen each other in a month when you said you needed space. (What?)’ Who do you think she’s dishing about here? Swift’s new album is set to drop on October 22. Also released this week was Swift’s lyric video for her new single, which can be seen here:

Joe Jonas: ‘Never Ever is not about me!’
While everyone is wondering which ex-boyfriend Taylor Swift is singing about in her new single “We Are Never Ever Getting Back Together,” Joe Jonas has come forward to say that it is not about him. According to an interview with 94.7 Fresh FM, Jonas stated, “I can say it’s not about me, because I don’t think we’ve ever tried another time.” Jonas broke up with Swift in 2008, and has since said that things are fine between him and Swift saying, “I think we’re cool. It’s pretty years removed.”

Miley Cyrus aka Tinkerbell?
Oh boy, Miley really is just being Miley. Cyrus, has recently tweeted pics of her new hairdo, an edgy pixie cut, far from the hairstyles of Hannah Montana past, but maybe channeling another famous Disney character? According to Cyrus, her boyfriend, Liam Hemsworth, “loves [my haircut]. He loves seeing into my eyes more,” Cyrus tweeted to a fan.

❤❤❤ feeling so happy in my skin. twitter.com/MileyCyrus/sta…

Ryan Lochte Swimming into 90210!
According to the Wall Street Journal, Ryan Lochte will be swimming on to our television screens this fall after inking a deal with the popular teen soap ‘90210.’ The Olympic gold medalist will guest star in an episode airing Monday, October 29 8:00 PM. Lochte will make a cameo appearance as a guest at a resort where Naomi and Max will be staying, as they work on strengthening their relationship.

Jennifer Aniston/Justin Theroux Upcoming Nuptials:
Jennifer Aniston, 43, was in tears this week after her boyfriend of a year and a half, Justin Theroux, proposed to her. Theroux proposed on August 10, his 41st birthday in New York City, where the couple has spent endless time together, building and enhancing their relationship. This will be the second marriage for Aniston, and the first for Theroux.

Robert Pattinson Moving On:
As Soaps.com reported earlier in the last Celebrity Gossip, Robert Pattinson, 26, has been moving on after girlfriend Kristen Stewart, 22, was caught cheating with her “Snow White and the Huntsman’ director,” Rupert Sanders, 41. Pattinson, who made an appearance on “Good Morning America” on Monday, avoided questions dealing with Stewart’s affair. On his personal life, Pattinson was vague, stating, “it’s a different thing. You go into it to do movies. I’ve never been interested in trying to sell my personal life. That’s the reason why you go on TV, is to promote movies.”

…and the Kardashian Drama Continues!
Lawyers for both Kim Kardashian and Kris Humphries were due in court on Wednesday, where both sides were to tell the judge what they had done to either settle their case or prepare for trial. Kardashian, and Humphries, were married on August 20, 2011, and filed for divorce on December 1, 2011, after only 72 days of marriage. Reportedly, if Kris is prepared or not, the case will likely go to trial, as long as he does not want a clean divorce from Kim, with legal proceedings likely to go into next year.

Joe Simpson Charged With Two Counts of DUI:
According to TMZ, Joe Simpson, father of both Jessica and Ashlee Simpson, was arrested August 4 in Sherman Oaks, CA, and has been formally charged with two counts of DUI. According to a LAPD spokesperson for Us Weekly, "He was detained overnight at Valley Jail in Van Nuys before being released at 9:40 AM on Aug. 5, after posting $5,000 bail." This is the first time Simpson has been formally charged, and it is highly unlikely he will face jail time, though he could face a $1,000 fine and up to 36-months jail time, if convicted.

Britney’s Surprise Court Appearance:
TMZ reported that Britney Spears made a surprise court appearance on August 15, according to representatives. The ‘Toxic’ singer, walked into court, looking stunning, but without her engagement ring. Spears, whose X-Factor appearance is just four weeks away, looked "happy, healthy, great," according to a lawyer for her conservatorship, Jeryll Cohen. When asked if her missing ring meant a change in wedding plans to fiancé Jason Trawick, Spears said “not to our knowledge. No, no.’ Spears’ ‘X-Factor’ role will be a chance for fans to see her in an unscripted role since her comeback. ‘X-Factor’ debuts Sept. 12 on Fox.

Bobby Brown Enters Rehab:
People is reporting that Bobby Brown, ex-husband to the late Whitney Houston, has entered rehab. Brown, 43, checked into a confidential rehab center last week, as part of his agreement for driving-related infractions, and according to his attorney, Christopher Brown, ‘Mr. Brown takes his agreement very seriously and admitted himself three weeks after concluding his honeymoon in Mexico during a break from the New Edition tour. Bobby is doing well and receiving services that comply with his agreement with the State of California.’