Raising Hope:
Comedian Jenny Slate will guest star as Joan, a social worker, and will appear in two episodes of season three, which returns to FOX on Tuesday October 2 at 8:00 PM.

Revenge:
Michael Nardelli ("The Client List") will appear in a recurring role as Trey - a guy who gets one of the starring characters in a whole lot of trouble. Until then, we've posted your first look at the key art for the ABC series, which is set to return on Sunday September 30 at 9:00 PM.

Smash:
Dual casting alert! Daniel Sunjata ("Grey's Anatomy") will appear in season two as a love interest for Julia (Debra Messing). This is a recurring role. Sean Hayes ("The Three Stooges," "Will & Grace") will appear as Terrence Falls for a multi-episode arc. The NBC series returns during mid-season.

Switched At Birth:
On Tuesday August 28 Hyperion will release a "Switched At Birth" book through online venues. The memoir will be from character Kathryn Kennish's (Lea Thompson) point of view. Then on Monday September 3 from 7:00 AM to 8:00 PM ABC Family will air a special 13 episode marathon leading up to the series premiere at 8:00 PM.

The Closer:
Monday August 13 marked the end of TNT's series - after seven seasons - with 9,075,000 viewers watching live + same day, which made it cable's #1 series telecast for the summer-to-date.

The Exes:
Zach Braff ("Scrubs") will appear in the August 29 episode as a tennis player named Chuck Feeney. For fans of the former long-running series "Scrubs," it'll be a treat to see Braff and Donald Faison, who plays Phil Chase, reunite in Primetime! The TV Land series airs Wednesdays at 10:30 PM.

The Good Wife:
Change of plans! After suffering a head injury on the set of the CBS drama back on July 11 Kristin Chenoweth has decided to step down from her role as a political reporter. Since scenes were already filmed, Chenoweth will turn up on September 30 in the season opener.

The L.A. Complex:
In the August 21 9:00 PM CW episode titled "Rules Of Thirds" someone is caught in a compromising position! Tuesday Episode Teasers: Connor and someone from Jennifer's past have an unpleasant encounter. Nick sets out to even the score after finding Sabrina up to her old tricks. Kaldrick is at a crossroads. Beth's overprotective nature gets the best of her, and Abby realizes she might be in over her head.

The Newsroom:
Sunday's August 19 10:00 PM HBO episode titled "The Blackout Part II: Mock Debate" will have a pair of Republican Party officials witnessing 'News Night' and Will staging a mock debate. Mac has an epiphany. During an on-air interview, Lisa goes off-script, and Neal sets out as an undercover internet troll.

True Blood:
In HBO's Sunday August 19 9:00 PM episode titled "Sunsets" Jessica is given an order by Bill - one she’s unwilling to carry out. The military delivers an ultimatum to the Authority in regards to a damning video of Russell and Steve. Sookie is taken to meet the faerie elder about an ancient family secret. Alcide and his father reconnect, and Luna and Sam get a ride into the Authority.

Until next week, "Emmerdale's" Chas proposes to Dan, but how does he react? Find out now through Soaps.com's Soap Scoop: UK/Australia Edition, and don't forget to read our Pretty Little Liars recaps each week. 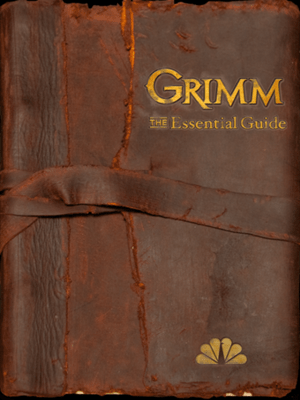 Soaps.com has plenty of Primetime scoops for our readers to look forward to during the week of August 20 and beyond. In our latest Primetime Dish you’ll find episode teasers, casting scoops, encore episode alerts, first-look key art, why one actress is stepping down from her “Good Wife” role, which former soap actress will be starring in a new original horror movie, and a “Scrubs” reunion.

Beneath:
Chiller TV is tapped to release a new movie come spring 2013 starring former “Guiding Light” actress Bonnie Dennison (ex-Daisy Lemay). The network original surrounds a group of high school graduates who set out on a trip to the isolated Black Lake where a bloodthirsty, underwater predator turns what was meant to be a celebratory time into a nightmare – one they will never forget.

Dallas:
Are you already missing the TNT series? Relive the past through Soaps.com’s Dallas: Season One and Two Highlights.

Grimm:
If you’re a fan of E-Books and want an interactive companion to go along with your love of the NBC series, iPad users can download a free copy of “Grimm: The Essential Guide” at Apple’s iBookstore in iTunes.

Law & Order: SVU:
The upcoming season will bring a familiar character back on the scene. Remember “Law & Order: Criminal Intent’s” Alexandra Eames? Though Kathryn Erbe is only scheduled to appear in one episode, there could be more to come. Tune in for the two-hour season premiere on Wednesday September 26 at 9:00 PM on NBC.

Leverage:
Look for the show to return to TNT at 9:00 PM on Sunday August 26. What’s on the agenda? Nate becomes obsessed with a dying FBI Agent’s greatest failure – allowing skyjacker D.B. Cooper to escape justice – and takes a look back at one of America’s greatest mysteries of the 70s.

Major Crimes:
In Monday’s August 20 9:00 PM TNT episode titled “Before And After” the division works to get justice in a brutal homicide. Raydor tries to supervise Rusty 24/7 and still struggles to gain the respect of her colleagues, and internal changes prove to be more than Provenza is willing to handle. Guest starring ex-soap star from “Sunset Beach” (ex-Meg) Susan Ward!

NCIS:
Billy Dee Williams (“White Collar”) has landed an October guest spot on the CBS series. Let’s just say viewers will find out who Special Agent Jethro Gibbs was named after. Tune in Tuesday September 25 at 8:00 PM for the series premiere.

Parks and Recreation:
“Spartacus” fans will have the chance to see Lucy Lawless in a new NBC role – as a single mom. Her multi-epsiode arc will air sometime during season five, which begins on Thursday September 20 at 9:30 PM.

Perception:
In the TNT episode titled “Lovesick,” on Monday August 20 at 10:00 PM, Pierce is recruited by the FBI to help investigate the murder of a therapist. Moretti and Professor Hathaway spend more time together, and Pierce is used as bait for funding of a new building.

Pretty Little Liars:
In Tuesday’s August 21 8:00 PM ABC Family episode titled “Single Fright Female” Spencer warns Emily after uncovering Paige and Alison’s violent past. Emily is wary about taking advice, and Aria finds it more difficult than anticipated when trying to help Ezra put his past behind him. If you ever miss an episode be sure to read Soap Opera Fan’s Pretty Little Liars Recaps. 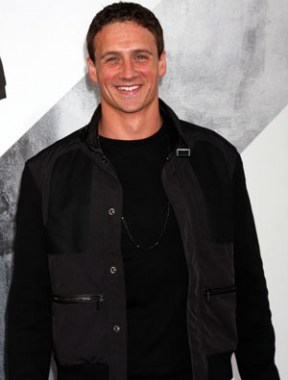