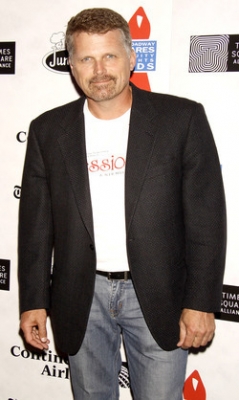 Are you a fan of Investigation Discoveries real life shows? If so you won’t want to miss the event that will have numerous soap opera stars hosting three-hour daily blocks from August 20 through September 27. Find out which past soap stars landed hosting gigs through Investigation Discovery’s Days Of Our Knives.

The actor who played “All My Children’s” Josh Madden will be returning to Lifetime for a new season of “The Client List,” as well Colin Egglesfield will return to Rizzoli & Isles.

In 1991 Livia Frye Cudahy came on the Pine Valley scene, where the “AMC” character remained on and off until 2009. If you’d like to catch up with the actress join Tonya Pinkins In Ethel Waters: His Eye Is On The Sparrow.

Pine Valley’s Alexander Cambias may not be around anymore, but the “AMC” actor who played him is taking part in a new film! Find out more about Ronald Guttman in Imogenr.

Do you remember “All My Children’s” Simone Torres? The actress can be seen in a new film, which readers can preview through Terri Ivens’ Untold Trailer.

Would you love to own a piece of Llanview history? Now’s your chance, as One Life To Live Props will be auctioned off. Details within!

We can't say if Llanview's Tea Delgado Lord will turn up in Port Charles again, but fans will have the chance to take in a show featuring the actress who played her. Get details and ticket information for Florencia Lozano in Red Dog Howls.

Some of you may have heard about a new CBS series coming this fall, and fans of the actor who played Llanview's Eli Clarke are in for a treat. Be on the lookout for Matt Walton in Made In Jersey.

The girls at Llanview High blushed when Nate Salinger walked by, and now the actor can be seen walking the streets through Lenny Platt in New York Music Video.

Have you been craving some of the pecan pie that Llanview's Noelle Stubbs used to bake? Well, we can't send you a slice, but we can tell you where to catch the actress on stage. Get the details through January LaVoy in What I Learned In Paris.

If you've been wondering what the actress who played "One Life To Live's" Marcie McBain has been up to we're excited to announce Kathy Brier is now giving acting classes. Find out how to take lessons with Kathy Brier Studios.

The actor who played Llanview's Dr. Greg Evans has landed yet another new project - and you can see him live! Find out how to catch Terrell Tilford in Elmina's Kitchen.

Do you want even more past soap opera scoops? Read our previous After The Soap Finales: Where Are They Now article.