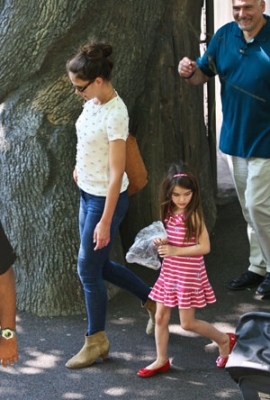 We’re back with more gossip than you can ‘shake a stick’ at.

You thought last week’s celebrity gossip was juicy? It may have been juicer than this week, but that’s the way the cookie crumbles as my gran used to say. This week we’ve crumbling wedding plans, housing foreclosures, celebs coming out of hiding and more.

Jackson Family drama update. Oh the stress. Since we last dished on what’s been happening with this iconic family, we’ve now learned Katherine Jackson (lost Grannie) has been reinstated as permanent guardian of Michael Jackson’s three children. She’ll share the responsibility of rearing the kids with co-guardian TJ Jackson according to TMZ. Sounds like a smart move. Sometimes it takes a village and luckily there are more than enough family members who can work together to bring up MJ’s kids. Thursday we learned from TMZ “Katherine Jackson is strongly suggesting she was tricked into traveling to Tucson last month and blocked from communicating with MJ’s children – this according to a sworn declaration by Katherine herself.” Read more on TMZ how Katherine Jackson suggests she was duped. Just when we thought this spelled the end of this drama…We can all feel relieved we’re ‘regular folk’ and our family skeletons are kept in the closet where they belong!

Who doesn’t like Snoop Dogg/Lion? Even if you aren’t into his tunes, you have to love the rap legend. Or not. Either way, Snoop has reportedly admitted he would love to fill the remaining position of “Idol” judge on “American Idol” since rock star Steven Tyler’s seat is still empty. Remember Snoop’s performances on One Life To Live? Snoop also stated that he was switching from rap to reggae, which is fine with me as long as I can still call him Snoop ‘Dogg’.

Katy Perry and John Mayer: Celebrities can’t be seen with an acquaintance or a friend without tabloids yelling, “They’re dating!” This is the case with Katy Perry and John Mayer, who were seen in his truck leaving Chateau Marmont hotel in West Hollywood Tuesday night. Remember a few years ago before Katy married Russell Brand? Me neither. Apparently, she barked out on an Australian radio show: “I’d definitely shag the sh*t out of him though. I’ll go on record saying that.” Maybe Katy has gotten her wish. What do you think? And should my next piece be about who Russell Brand is dating?

Bobbi Kristina calls off wedding to adopted brother. For the last six months, Bobbi Kristina, daughter of Whitney Houston and Bobby Brown, has had a relationship with Nick Gordon, the man her mother helped raise and treated like a son. The couple became engaged after Whitney passed on but now, reports show the couple has called off the wedding. It doesn’t sound as though the couple is ending their relationship with this tweet from the duo.

@nickdgordon our love was never ment4 any12understand.Just4us2(: I love you baby. “dntworry bout a thing, every lil thing is gonnaBalright .

Octomom looking for handout. Do you guys know this one? “There was an old woman who lived in a shoe…” Nadya Suleman is best known for being the unemployed mother of six who garnered international attention after she purposefully set out to get pregnant via in vitro fertilization. Knowing full well that one IVF complication is the risk of multiple births, she went ahead with it and gave birth to octuplets. After fourteen children, and financial difficulties, mamma has been trying to raise money any way she can. Trust. She has created a donation website where people can help her save up $150,000 for a new shoe. The gall? Well her current house is foreclosing in two weeks. One does what one can to survive. Somewhere in this story is a moral or three but I don’t have the heart to point it out. Good luck Octo!

Usher’s custody battle turns nasty.
Divorce is never easy and things with Usher and his ex-wife’s custody battle just got worse when the singer suggested they delay the next hearing to allow time to recover from the unexpected and heart-breaking death of his stepson Kile. Allegedly, his ex and Kile’s mother Tameka Foster thinks Usher has an agenda, claiming her ex didn’t visit her child more than once during the 15 days he spent on life support before his death at 11-years-old. Blah blah blah…he said… she said…and the next scheduled hearing is August 13.

Last week we gave you the scoop about the Modern Family negotiations. Find out what happened with those in this week’s Primetime Dish. The Dish has that, as well as the premiere date for the show and more scoop about all of the other Primetime shows.

Robert Pattinson out of hiding. The actor has picked up some of the pieces of his broken heart after Kristen Stewart admitted to cheating on him with married "Snow White And The Huntsman" director Rupert Sanders. Pattinson has been spending time at Reese Witherspoon’s ranch but this week flew to New York to attend the screening of his new film, "Cosmopolis," which is directed by David Cronenberg. The release date is August 17.

Literary Giant Gore Vidal dead at 86. The author, playwright and political critic died July 31 due to complications from pneumonia in his Hollywood Hills home. His works included hundreds of essays, novels "Lincoln" and "Myra Breckenridge" and one of the first major American novels, "The City and the Pillar," is touted as being the first to feature homosexuality. In 2009, Vidal won the annual Medal for Distinguished Contribution to American Letters from the National Book Foundation.

Brad Pitt is not dead. Here we go again. Mr. Pitt has fallen victim to yet another celebrity death hoax. Dude is still alive and well living in his own shoe with he and Angelina's own six kids. Case closed.

Sir Elton John falling out. Sir Elton John pulled out of directing the music at the London Olympics after a falling out with the organizers, according to Matt Bellamy (Muse). John was asked to organize a year ago and is responsible for choosing Muse’s song "Survival," which is the official theme of the 2012 Olympics. Here's the video:

Suri Cruises into "Avenues" in Chelsea. Katie Holmes has reportedly enrolled her daughter Suri into a private school in New York. Avenues is located close to their new home and boasts a tuition of $39,750. One of their missions? To "Help place every Avenues student in an important college, university or other higher-education institution." Well done. [Photo shown of Katie and Suri at the Central Park Zoo in Midtown, Manhattan July 11.]

Macaulay Culkin's rep denies heroin addiction rumors. Oy. If you're a female and you're on the slender side, they accuse you of being anorexic. If you're a man on the thin side, you're a heroin addict. That's the slam "Home Alone" star Macaulay Culkin has been dealing with for months since a photograph surfaced of the star wandering New York City minding his own business. Sadly, the actor was in fact arrested in 2004 for possession of drugs, so this could be where the rumor stems from.