Beth Chamberlin (GL):
Despite being born with a congenital defect and a form of epilepsy that kept her in and out of hospitals as a child, Chamberlin excelled in athletics. She studied dance at the American Ballet Theater in New York, and, ultimately earned a scholarship to the NYU dance program. Lately, the certified kettlebell instructor is the producer of "The Kettlebell Way," a series of exercise DVD's and is even a member of the National Strength and Conditioning Association.

Kelly Ripa (AMC):
You can't pick up any tabloid magazine without catching a glimpse of Ripa hitting the pavement in some running shoes. She has been vocal about her conversion to a fit lifestyle in her 30s, especially running. But even before her days in Pine Valley, she got physical as a regular dancer on "Dance Party USA."

Heather Tom (B&B):
Tom is a true triple threat - when it comes to triathlons. In 2009 she finished first in the female celebrity division at the 23rd Annual Nautica Malibu Triathlon.

Winsor Harmon (B&B):
Harmon likes to break a sweat by competing in marathons. His most recent was the 2012 Virgin London Marathon in April.

Do you know of any soap star athletes to add to our list? Are you enjoying the Olympic games?

Also check out our new Reality TV Rush and our Celebrity Scoop, found in the latest news section along with our UK & Aussie soap scoop and our Primetime dish and don't forget to read our Pretty Little Liars recaps each week. 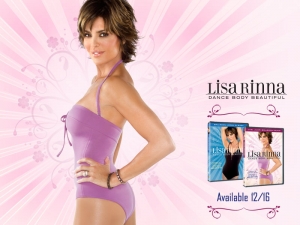 The summer’s Olympians are an impressive bunch for sure. But our Daytime stars are no slouches in the athletic department themselves considering they have to look good for a living. They may not be gymnasts, but here are our gold-winning picks for Daytime’s “Fab 5.”

Jack Wagner (GH, B&B):
When it comes to golf, Wagner could have easily quit his day job. In fact, he considered it. In 1980 he won the Missouri junior college championship and thought about going pro, but acting prevailed. Still, he is considered one of the leading celebrity golfers and is the only non-professional athlete to have won the annual American Century Celebrity Golf Classic. He first won in 2006, then again in 2011 when he knocked out Dallas Cowboys QB Tony Romo. Wagner even has a Celebrity Golf Classic named after him that raises funds for the Leukemia and Lymphoma Society. Fore!

Lisa Rinna (GH):
Nearly 50, the former “Dancing With The Stars” competitor takes fitness very seriously. She assures people there are no shortcuts to looking fabulous – workouts are a must. Her “Dance Body Beautiful” DVDs have inspired countless women to stay in shape, and anyone who has seen her flaunting her physique recently in those Depends commercials knows if she can make a diaper look sexy, she has got it going on.

Drake Hogestyn (DOOL):
When Midwestern-raised Hogestyn went to college at the University of South Florida in Tampa, it was on a baseball scholarship. Despite graduating with a double major in microbiology and applied sciences, he opted for sports. “Donald,” as he was known then, was drafted by the St. Louis Cardinals and the New York Yankees, and signed with the Yankees. He played third base for one of their minor league teams until he was injured in 1978. 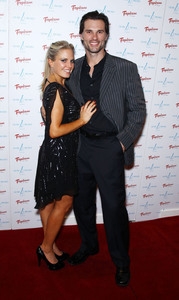 Investigation Discovery's Days Of Our Knives 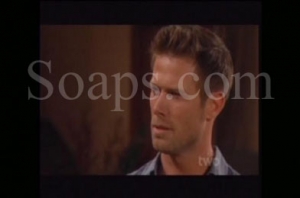