Pretty Little Liars: Mark your calendars and prepare to watch a twelve episode marathon of the ABC Family hit series. Tune in on Tuesday July 3 starting at 11:00 AM for this all day event. In other news, Robbie Amell ("Revenge") has been cast in a guest-starring role as Noel's brother Eric Khan. Though there is a chance that Amell's role could be recurring, tune in to episode 9 on Tuesday August 7 at 8:00 PM on ABC Family for his first appearance.

Rookie Blue: ABC has renewed its series for a fourth season, set to return this summer. Tune in on Thursdays at 10:00 PM as season three wraps up.

Smash: Singer Jennifer Hudson ("American Idol") has landed a multi-episode arc for the NBC musical's season two as Veronica. In other news, Andy Mientus (Off-Broadway's "Carrie") will appear as a series regular in the role of Kyle. Season two returns sometime in 2013.

Sullivan & Son: Will Sasso ("How I Met Your Mother") will play an air traffic controller on the new TBS comedy series, which premieres Thursday July 19 at 10:00 PM.

The Game: The BET comedy has cast a new series regular! Look for Lauren London ("Single Ladies") to play Kiera during season six. Tune in Tuesdays at 10:00 PM.

The Good Wife: Marc Warren ("Hustle") will appear in the recurring role of Nick, Kalinda’s estranged husband. In other news, Maura Tierney ("Rescue Me") will join the cast for season four in the role of Maddie. Tune in to CBS Sundays at 9:00 PM.

The News Room: In the Sunday July 1 HBO 10:00 PM episode Mac takes control of "News Night" and asks Sloan to contribute a nightly segment. Jim takes the fall for Maggie. Charlie warns Reese against any further meetings with Will, and a longtime secret is revealed.

True Blood: In the Sunday July 1 HBO 9:00 PM episode titled "We'll Meet Again" Eric and Bill doubt they'll survive the search for Russell. Lafayette accidentally puts Sookie in danger. Nora is interrogated by Roman and Salome about the Sanguinistas and a possible traitor within the Council. Andy and Jason attend a burlesque party. Sam is invited on a run by his shifter friends. Terry relives a deadly night in Iraq. Hoyt tests fangbanger waters, and Sookie drowns her sorrows.

Two And A Half Men: As a way to lead into Charlie Sheen's new series "Anger Management," FX will air a marathon of the actor's previous show. The twenty-four episode event will begin at 9:00 AM on Thursday June 28.

Two Broke Girls: TBS paid for the licensing fee of the former CBS series and paid handsomely - $1.7 million an episode. Look for the show to appear in the 2015 TBS lineup. 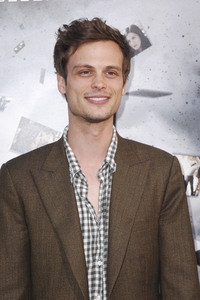 Soaps.com has plenty of Primetime scoops for our readers to look forward to during the week of July 2 and beyond. In our latest Primetime Dish column you’ll find episode teasers, casting scoops, encore episode alerts, and which famous actor hand picked episodes for an upcoming special FX marathon…

90210: The CW will air a repeat of its October 11, 2011 episode titled “Party Politics” at 9:00 PM on Monday July 2. In other news, Riley Smith (“The Playboy Club”) has been cast to play a love interest for Annie, which is said to be a recurring role, for season five.

Californication: Maggie Wheeler (“Archer”) has been cast in a multi-episode arc for season six. Look for her character, a male-hating self-help expert, to appear in scenes with Hank. The Showtime series returns in 2013.

Criminal Minds: Matthew Gray Gubler fans, rejoice! The actor has signed a two year deal to stay with the show as Dr. Spencer Reid – a role he’s had since 2005. The CBS series airs Wednesdays at 9:00 PM.

Dallas: On Wednesday July 4 TNT will air a “Dallas” marathon starting at 5:00 PM, which will include the first four episodes plus an all-new one! Did you miss last night’s new episode, or need to catch up with the two-part season premiere? Read Soaps.com’s Dallas Weekly Recaps. While you’re looking around our new section be sure to vote in the new poll too!

Devious Maids: ABC decided not to follow through with the project, but have no fear – Lifetime is here! Get the details for Devious Maids Lifetime Pick-up.

Dexter: Here’s your first look at what’s ahead for season seven, which premieres on Showtime on Sunday September 30 at 9:00 PM.

Elementary: Jon Michael Hill (“Eastbound & Down”) has landed a recurring role as a detective on the new CBS series, which airs Thursdays at 10:00 PM.

Girls: Patrick Wilson (“A Gifted Man”) has been cast in a season two guest-starring role as Joshua.

Men At Work: Joel David Moore (“Bones”) will appear in a guest-starring role as Doug in an upcoming episode titled “Super Milo.” The TBS comedy airs Thursdays at 10:00 PM.

Next Caller: As a result of a ‘creative decision’, Wolé Parks (“As The World Turns,” ex-Dallas Griffin) has been dropped from the NBC series. 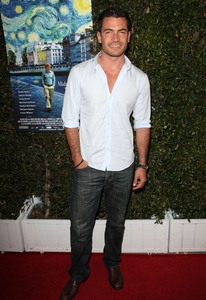 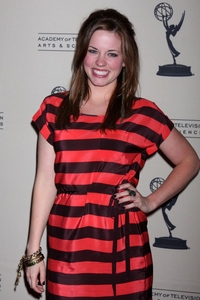