Newsroom: HBO's new series will premiere, starring Jeff Daniels ("Howl") and Emily Mortimer ("Hugo"), on June 24 at 10:00 PM. Set at the fictional cable network ACN, the news stories being covered are actually past news events. Sunday Episode Teasers: When Anchor Will McAvoy returns to work he finds his executive producer and most of the staff leaving the show - and his new executive producer is his ex-girlfriend MacKenzie McHale! Breaking news comes over the wire, which has Will and his new staff facing a challenge.

One Upon A Time: Fans of the ABC series character Ruby/Red Riding Hood are in for a treat. Meghan Ory ("True Justice") has been promoted to a series regular for season two, as has Emilie de Ravin ("Remember Me," "Lost") as Belle.

Parenthood: Good news Ray Romano ("Everybody Loves Raymond") fans… NBC has cast the actor in the role of a photographer for a multi-episode arc for season four. Tune in for Romano's first appearance during the season premiere at 10:00 PM on Tuesday September 11.

Pretty Little Liars: In Tuesday's June 26 8:00 PM ABC Family episode titled "Birds Of A Feather" Hannah is tempted to tell Caleb the truth when he starts to question why she's visiting Mona. Aria contemplates telling her mom about her dad's dating life. Spencer looks for answers in regards to Melissa, and Emily and Maya's cousin meet.

Smash: Jeremy Jordan ("Joyful Noise") has been cast in season two of the NBC musical as a series regular. Look for him to appear as a straight, sexy Brooklyn-born singer.

True Blood: Robert Patrick ("The Unit") has been cast to play Alcide's father Jackson Herveaux for three episodes. Though the character will first appear during a flashback, look for Patrick in the Sunday August 5 episode titled "Everybody Wants to Rule the World." 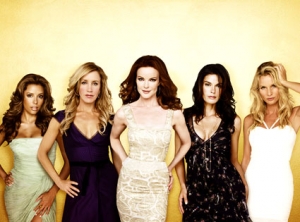 Soaps.com has plenty of Primetime scoops for our readers to look forward to during the week of June 25 and beyond. In our latest Primetime Dish column you’ll find episode teasers, casting scoops, award winnings, repeat episode alerts, season premiere dates, and who won’t be at Comic Con this year.

American Horror Story: Britne Oldford (“Skins”) has been cast to appear in the FX series’ season two in the recurring role of Alma.

Beauty And The Beast: Soaps.com has a sneak peek of the new CW summer series! Please keep in mind, the network video might not be viewable outside the US.

Being Human: Xander Berkeley (“Nikita”) has landed a recurring role as Brynn and Connor’s father for season three of the SyFy series. New episodes will resume in 2013.

Bones: Fans have been patiently waiting, and Soaps.com is happy to report the FOX series will return for season eight on Monday September 17 at 8:00 PM.

Bunheads: Chris Eigeman (“Girls”) has landed a guest starring role as Conor in the new ABC Family series. Look for him to appear in episode eight and tune in Mondays at 8:00 PM each week.

Castle: Terri Edda Miller (show writer) tweeted, “The show was not invited,” in regards to their upcoming absence from this year’s San Diego Comic Con event.

Community: Unfortunately those from the show will not have a panel at this year’s San Diego Comic-Con either.

Criminal Minds: Jeanne Tripplehorn (“Big Love”) has been cast as a series regular as a new profiler. Look for her to first be introduced during season eight’s premiere. The CBS police series airs Wednesdays at 9:00 PM.

Dallas: Did you miss last night’s new episode or need to catch up with the two-part season premiere? Read Soaps.com’s Dallas Weekly Recaps. While you’re looking around our new section be sure to vote in the new poll too!

Fringe: It’s the fifth and final season for this FOX series, which returns on Friday September 28 at 9:00 PM.

Go On: John Cho (“Harold And Kumar”) has been promoted and will appear as a series regular as a manager of the radio station in the new NBC fall comedy. The series will premiere after the Olympic coverage on Wednesday August 8.

Grimm: Mark Pellegrino (“Lost”) has been cast to appear in a guest starring role as Jarold Kempfer sometime during season two, which will return to NBC on Monday August 13 at 10:00 PM. 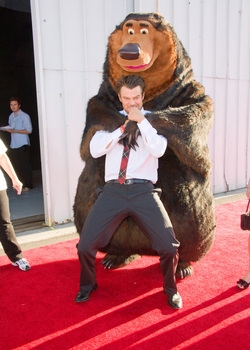 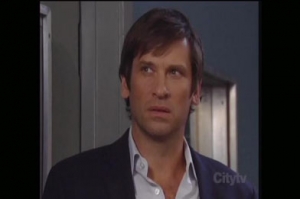