General Hospital:
McBain paid Sonny a visit to confront him about his sister Theresa. Sonny relayed that Theresa worked at one of Joe Scully's strip clubs, which Joe's son Joe Jr. ran. Theresa was afraid of the younger Scully and Sonny tried to help, but Joe Jr. shot and killed Theresa.

The Young And The Restless:
Victor insisted Sharon belonged by his side, and Summer ranted about Sharon ruining her parents' wedding day. While everyone waited, Lauren surprised Michael with a visit from a Fen. Daisy left Phyllis lying in distress on the penthouse floor. Nick arrived and found Phyllis had lost the baby.

Steffy had a hard time in Italy on “B&B.” Victor begged for Maggie’s forgiveness on “DOOL.” Sonny told McBain who killed his sister on “GH,” and Phyllis lost her baby on “Y&R.”

The Bold And The Beautiful:
As the wedding party flew to Italy, everyone worried about Steffy. She kept insisting she was okay. When they landed, she started sobbing as Liam and Hope ran around making PDAs. She tried to avoid them, but the giggly blonde and her bearded boy kept popping up everywhere. 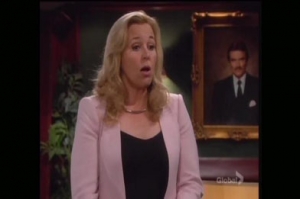 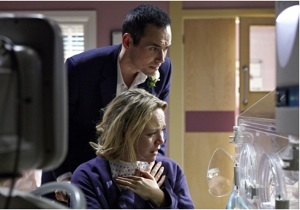