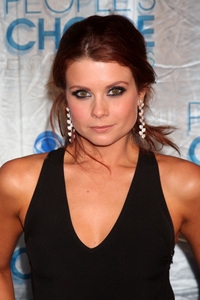 Soaps.com has plenty of Primetime scoops for our readers to look forward to during the week of June 4 and beyond. In our latest Primetime Dish column you’ll find episode teasers, casting scoops, repeat notices, and a big TNT series premiere date.

Devious Maids: Though the ABC pilot didn’t make it to series, Lifetime is currently in negotiations with ABC to move forward with the project on their network. If this works out, fans of “All My Children’s” Susan Lucci (ex-Erica) could still see the soap icon playing the employer of one of the maids.

Game Of Thrones: Before the HBO series’ season two finale on Sunday June 3 at 9:00 PM, viewers can catch up on the season, as it repeats on HBO Zone on Saturday June 2 beginning at 6:00 PM. Look for all nine episodes to repeat back to back, three times, with the last of them airing right before the season finale.

Girls: In the Sunday June 10 10:30 PM HBO episode titled “Leave Me Alone” Hannah is behind on rent and begins working at Café Grumpy. Meanwhile, Marnie finds it hard to continue supporting Hannah financially and emotionally. Jessa’s former boss confronts her. Shoshanna makes an online match and goes on a day date.

Hawaii Five-0: She may have been only recurring for the first two seasons of the CBS series as Lt. Catherine Rollins… Good news – Michelle Borthhas will now appear as a series regular during season three.

Homeland: The Showtime series has cast Zuleikha Robinson (“Lost”) in a recurring role. Keep an eye out for her to appear as a field journalist named Roya Hammad during season two, which premieres at 10:00 PM on Sunday September 30.

Last Resort: Though Robert Patrick (“The Unit”) was only mean to guest star on the ABC series, he’ll now appear as a regular in the role of Joseph Prosser. Tune in Thursdays this fall at 8:00 PM.

Pretty Little Liars: Fans have been waiting and now the time has come for the ABC Family season premiere on Tuesday June 5 at 8:00 PM! Watch a video of what to expect during the new season…

Private Practice: The CBS series’ Co-Executive Producers Jennifer Cecil and Barbie Kligman will not only be keeping their current titles, the women have been promoted to Co-Header Writers as well! Stay tuned for a new thirteen-episode season. In other news, Tim Daly will not be returning as Dr. Pete Wilder. Daly posted on Twitter, “Wonderful fans of ‘PPP’. Shonda [Rhimes, series creator] informed my agent today that Pete won’t be returning for season 6. It was a great 5 yrs. R.I.P. Pete Wilder.”

The Client List: In Sunday's June 3 10:00 PM Lifetime episode Selena starts dating Evan, which causes plenty of tension between her and Riley. Linette applies for a loan in order to purchase the salon. Taylor's daughter and Travis are caught in a 'curious situation'.

True Blood: In HBO's Sunday June 10 9:00 PM episode titled "Turn! Turn! Turn!" Sookie and Lafayette struggle with the repercussions of Tara’s shooting and have to clean up after Debbie Pelt. Bill and Eric are visited by Nora - a woman from Eric's past who's a part of the Vampire Authority. Alcide’s werewolf pack comes after Sam. Jessica parties with local college kids while Bill's away, and Alcide warns Sookie about Russell Edgington. Watch the second HBO trailer release and get ready for an exciting new season!

Veep: In the Sunday June 10 10:00 PM HBO episode titled "Tears" Selina is in Ohio supporting Rep. Roger Furlong for governor, who ends up not wanting the endorsement. Dan is haunted by the Clean Jobs Bill. Mike and Amy's actions open up a massive floodgate.