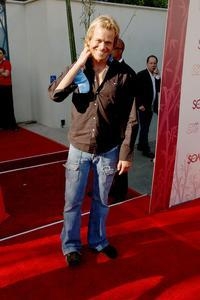 Soaps.com’s May interviews with the stars of Daytime television had one former soap opera actor talking about how he’s spread his wings, one chatting about what it’s like to play a dual role, one reflecting on the character he once played and more…

One former “All My Children,” “As The World Turns,” “Bold And The Beautiful,” “Guiding Light,” and “Port Charles” actor has proven that the world doesn’t come to an end when leaving Daytime behind. In our Brian Gaskill Interview he talks to Soaps.com’s Editor-In-Chief Christine Fix about his new directing and camp instructor gigs. “New Jersey is where my dreams began…and even back then I always thought one day I would be back helping foster the dreams of kids one day and helping them just get through that crazy part of their lives with the help of acting and theater and the arts.”

Soaps.com caught up with some of the Salem actors at a special event. In our Days of our Lives Paley Center Interviews Galen Gering (Rafe/ex-Arnold) reflected on what it was like to play a dual role. “It was so fun. The worst part about it ultimately became driving her (Alison Sweeney) crazy which I loved in the beginning but then I was like, wow, she’s literally going to go insane.” In the link you’ll also be able to view photos from the event and watch video interviews with Bryan Dattilo (Lucas) and Chandler Massey (Will).

Are you ever curious how actors are approached to return to their Daytime roots? In our Charles Shaughnessy Interview the actor who plays "Days of our Lives'" Shane Donovan shared with Hollie, "Every now and again they ask how I feel about a return and it was about 10 shows. It worked out with my schedule at that time, and it is always a recurring situation. It is very comfortable for all sides and I love going back. I enjoy 'Days'. I really enjoy the work there and the people. It is like a comfortable pair of slippers you can put on and off."

Did you enjoy the recent hook-up between Genoa City's Christine Blair and Danny Romalotti (Michael Damian)? In our "The Young And The Restless" Lauralee Bell Interview the actress dished with Candace about the timing of the steamy scene and what it was like to return to the set. "It was terrific fun, but the great thing was, it was like no time had passed. There were people on the set who hadn’t seen us for a while just staring at us, like, 'I can’t believe it, it’s like the good old days'."

Have you ever wondered what the Daytime actors think about the characters they play? Candace caught up with a former Genoa City resident who referred to Raul Guittierez by stating, "I liked that he was a noble guy. I wished he was a little more of a bad boy at times, but I did like that he was loyal and stood by his morals no matter what was going on – he kind of marched to the beat of his own drum." Check out our David Lago Interview for more and read what he thinks in regards to the current state of soap operas.

If you missed them check out Soaps.com's April Interviews.