Many may still think Llanview's Victor Lord Jr. is dead, but the actor who portrayed him was recently in the spotlight - and shirtless! Check out Trevor St. John's The Client List Video.

"One Life To Live's" Jack Manning caused plenty of trouble during his time in Llanview. The actor who played him has a new character that puts Jack to shame! Check out Carmen LoPorto's Torture Chamber Trailer.

If you'd like the chance to see the actress who played Llanview's Gabrielle Medina check out Fiona Hutchison in God Of Carnage.

Another "One Life To Live" actor, who played bad boy Vincent Jones, has a new project. Get the details on Tobias Truvillion in Zoo.

The actress who played Blair Manning has been cast in a new film. Find out more about Kassie DePaiva In We Are What We Are. 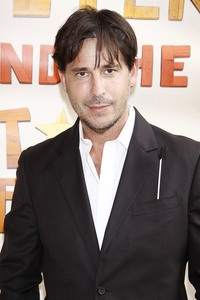 Would you like the chance to see the “AMC” actors who played David Hayward and Jack Montgomery together again? Find out how you can catch Walt Willey and Vincent Irizarry in Harvey.

The actress who played “All My Children’s” Mayor Iris Blanco has a new FX gig. Get the details through Wanda de Jesus on Sons Of Anarchy.

One Pine Valley actor is helping everyday citizens renovate their backyards. If you’d like to have the actor who played Jake Martin following you, while helping him, check out Ricky Paull Goldin on Home Renovation Flash Mobs.

The “All My Children” actor who played Brot Monroe isn’t slowing down outside of Daytime. Find out about his latest celebrity appearance through J.R. Martinez Co-Hosts Plugged In.

The “Guiding Light” actor who played Phillip Spaulding has made one of his life-long dreams come true. Grant Aleksander graduated from college.

What do you get when you throw together the actors who played “AMC’s” Krystal Chandler and “OLTL’s” David Vickers, Marcie McBain and Blair Manning? Find out through Tuc Watkins Emcee For Divas Of Daytime Concert.

Do you find yourself looking for the latest iTunes apps? Check out some behind the scenes photos of the actor who played Llanview’s Dr. Greg Evans through Terrell Tilford’s iTunes App. 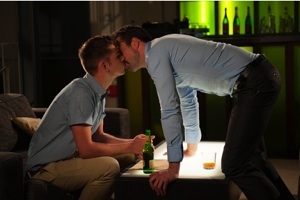