Grimm: In yet another move, what once aired on Wednesdays will now be seen on Fridays for its upcoming CW season.

Haven: Dorian Missick ("Southland," "The Cape") has been cast in a recurring role as Boston Detective Tommy Bowen in the supernatural series. Look for Kate Kelton ("Suitemates," "Harold & Kumar") to also appear as a waitress at The Gun & Rose Diner.

Nashville: ABC has released the trailer for its upcoming series, which will air on Wednesdays at 10:00 PM this fall. Get a glimpse of the popular actors Soaps.com previously reported had joined the show and find out what's to come through the video below…

Smash: Three new casting calls have emerged for the NBC musical drama. 'Courtney' is described as an African-American chorus member, mid to late 20s, incredibly attractive, confident, open-minded and non-judgmental. 'Danny' is a straight, working class guy from Brooklyn, mid 20s, sexy, charismatic, musically gifted, self-destructive and remote. 'Joe' is another Brooklyn guy, early to mid 20s, gay, cute, open and optimistic. The show will begin production for season two in July. In other news, Jaime Cepero (Ellis) and Raza Jaffrey (Dev) are out for next season. If they return it will only be to wrap up their current storylines.

Supernatural: The CW is moving its series for the upcoming season from Fridays to Wednesdays. On Friday June 1 at 9:00 PM the network will air a repeat of the March 16, 2012 episode titled "Out With The Old."

The Client List: Did you miss seeing the guest appearance of a former "One Life To Live" actor on Lifetime's new series? If so, check out shirtless Trevor St. John's The Client List Video.

The L.A. Complex: May 29 delivers the CW series finale titled "Burn It Down" at 9:00 PM. Tuesday Episode Teasers: Nick and Abby try to move past the casual phase of their relationship but desperately still want their career dreams to come true. Connor remains sad and lonely as he continues searching for answers. Raquel starts to question all of her decisions as her conscience gets the best of her. As Kal and Tariq seem to be moving in a great direction, the unthinkable happens.

Veep: In the Sunday June 3 10:10 PM HBO episode Selina orders a 'partial' full disclosure of all office correspondence, as the Veep and her staff take flack over a pregnancy rumor and the firing of a Secret Service agent. Dan is dispatched to make sure the Macauley Amendment cannot be traced back. Selina threatens to fire a key staffer. 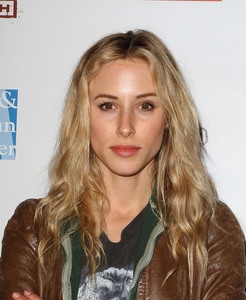 Soaps.com has plenty of Primetime scoops for our readers to look forward to during the week of May 28 and beyond. In our latest Primetime Dish column you’ll find episode teasers, casting scoops, award show hosts, season premieres, new nightly timeslot changes and which soap opera hunk stripped down for one of Lifetime’s hottest series.

90210: After three years with the CW series Gillian Zinser (Ivy Sullivan) will not return for the new season, other than possibly a guest starring appearance.

Breaking Bad: This year will mark the AMC series’ fifth and final season. The first eight episodes will begin on Sunday July 15 at 10:00 PM, with the last eight episodes airing in the summer of 2013.

CMT Music Awards: Actress Kristen Bell (“When In Rome”) will co-host the awards with country sensation Toby Keith on Wednesday June 6 at 8:00 PM.

Community: Though series creator Dan Harmon will serve as a consulting producer, David Guarascio and Moses Port will now take over as executive producers.

Dexter: Jason Gedrick (“Luck,” “Necessary Roughness”) has just landed a multi-episode arc as a manager of a Miami gentlemen’s club for season seven of Showtime’s hit series. Tune in for the season premiere on Sunday September 30 at 9:00 PM.

Fringe: The series’ new upcoming season will move from Fridays to Wednesdays on the CW Network. Series regular Seth Gabel (Lincoln Lee) will not be returning for the fifth and final season. However, don’t count out a possible guest starring appearance.

Game Of Thrones: In HBO’s Sunday June 3 9:00 PM episode, Theon stirs his men into action, and Luwin offers some final advice. Brienne silences Jaime, and Arya receives a gift from Jaqen. Dany goes to a strange place, and Jon proves himself to Qhorin.

Girls: In the Sunday June 3 10:40 PM HBO episode “For Better And For Worse,” Hannah goes further into Adam’s world. Jessa, now unemployed, and Marnie, at a record low, unexpectedly bond and meet an eligible bachelor – who is not what he seems. 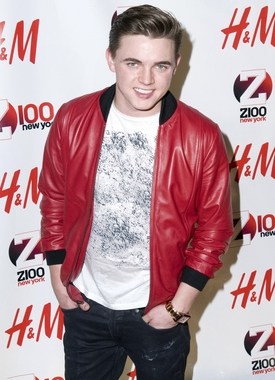 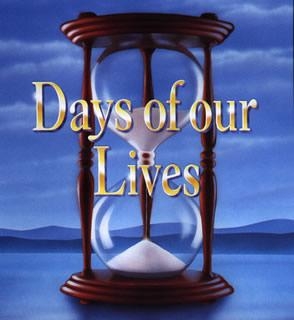