We have some news for the "One Life To Live" actor who played Shane Morasco. Austin Williams in Blood Ties will feature Williams in a crime thriller.

Whether you're a longtime fan who remembers Llanview's original Blair Cramer, or one who had no idea that someone other than Kassie DePaiva played the role, check out Where Are They Now: Mia Korf.

Tate Harmon once terrorized Llanview but now fans can catch up with Chris Beetem in Royal Pains.

If you enjoyed Jason Tam (ex-Markko) singing in past Llanview musical scenes check out his voice in Lysistrata Jones Album On iTunes.

The actress who played "OLTL's" Jessica has landed yet another gig. Be sure to look out for Bree Williamson in Infamous. 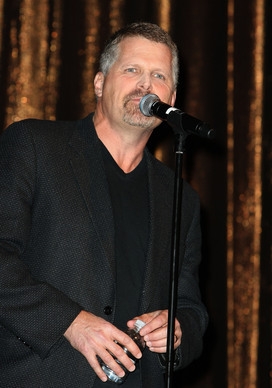 If you missed which “All My Children” and “One Life To Live” actors were recognized check out the 39th Annual Daytime Emmy Nominees.

Though former Pine Valley resident Sarah Michelle Gellar (ex-Kendall) is out of one job, since The CW canceled Ringer, she will be lending her voice elsewhere. Details within!

Remember the actor who played “AMC’s” Dr. Griffin Castillo? Jordi Vilasuso is engaged and officially off the market!

Two former “All My Children” actors, who played ex-Ryan and ex-Brot, made one family’s dreams come true. Find out how through J.R. Martinez & Cameron Mathison’s Ultimate Surprises Video.

Wondering what the “AMC” actor who played Damon is up to? Finn Wittrock won a Clarence Derwent Award.

The actor who played “Guiding Light’s” Josh Lewis has landed a new gig. Check out Robert Newman in She’s Of A Certain Age and get details as to how you can catch one of his performances. 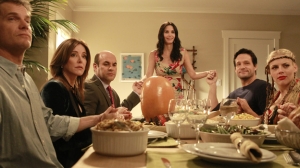