Emmerdale:
Former "X Factor" contestant Carolynne Poole has been cast on "Emmerdale." She has reportedly filmed several episodes as a major character's girlfriend. Whose arm will she show up on?

Spoiler alert: After kissing his mother's girlfriend, Sean insists she was the initiator. His dad Dan is thrilled he can use the situation against the women, but Ali believes her lady. Caught in his lies, Sean does the only logical thing he can and takes off.

Declan tries to smooth things over between his sister Megan and her estranged son Robbie. However, when Maggie learns of Declan's meddling, she repays him with a slap to the face. That's gratitude for ya.

Watch the preview of Robbie stopping in to see his surprised mother in the video, which might not be available in all areas, below.

Hollyoaks:
Spoiler alert: The McQueens are arrested after the cops find Bart's cannabis farm. His family covers for him, but Bart isn't free and clear as Brendan comes around to collect for the pot. Bart initially decides to bolt, but will he really leave his family hanging like that?

Things seem to be a mess between Amy and Ally, especially since he apparently learns about her dalliance with Dodger. After a pep talk from Josh, Amy is determined to get Ally back, but will he be receptive to her new outlook?

Neighbours:
Spoiler alert: Kate comes up with a plan to win Kyle away from Jade. Under the guise of charity, Kate wins a date with Kyle at an auction with the intent of telling him how she feels. Will she get the chance?

Callum is growing up, as evidenced by his upcoming first crush. He confides his feelings to Toadie, who shares the news with Sonya, who ends up completely embarrassing the boy. Lesson learned Callum: Humiliating your child is in a mother's job description.

Home and Away:
Congratulations to Luke Mitchell (Romeo) and Rebecca Breeds (Ruby) who recently became engaged. The two became friends when Mitchell joined the show in 2009 before eventually getting involved.

Spoiler alert: Bianca has a scare with the baby, which brings Heath running. While the baby seems to be fine, Bianca is told she needs to avoid stress. Stepping up for his child, Heath decides to back off Bianca so the two will remain alive and healthy. Could Heath actually be growing up?

Watch the first few minutes of today's episode of "Home and Away," as Ruby tries to cheer up a bedridden Romeo. The video might not be available in all areas. 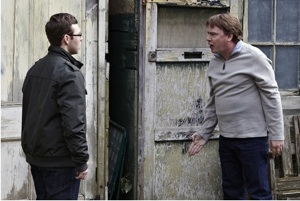 EastEnders:
Spoiler alert: Janine and Michael’s wedding day is set for next month, but will the nuptials take place? It’s anyone’s guess at this point as Janine will reportedly collapse, which leads to fears she’s losing the baby. Then there’s Michael, who has fallen back into his dark ways, which will apparently all come to a head on the big day. We don’t know if the weather will cooperate on their wedding day, but fireworks are definitely in the forecast.

Things are not looking good for Ian. The poor guy has been dealing with financial issues, problems with Mandy and his half-brother Ben confessing his role in Heather’s death. It’s no wonder he is teetering on the verge of a breakdown, especially when he is dealt one more blow.

Coronation Street:
Michelle Collins has denied reports she is leaving “Corrie” as Stella Price. In fact, she revealed she recently signed a new 12-month contract with the show and expressed her enthusiasm for playing the Rovers’ landlady.

Spoiler alert: The custody battle over Simon reignites Carla and Leanne’s dormant feud. As the women debate what is best for the boy, Carla makes a suggestion that offends Leanne. Will Carla make things even worse than they already are?

Fearing Nick is having an affair with Kylie, Eva outs the alleged adulterers. Kylie’s husband David doesn’t take too kindly to the news his wife is sleeping with his brother, so he does what any wronged man would and attacks Nick. Wonder how David will feel when he learns it’s all a lie. Or would believing that be better than learning his wife is a stripper?

Watch the video, which might not be available in all areas, of Nick trying to get David out of the club before he spots his wife working the crowd. 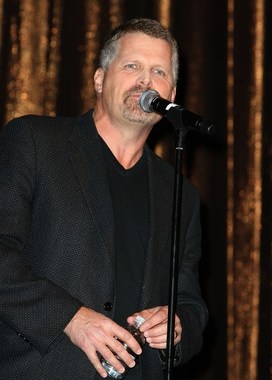