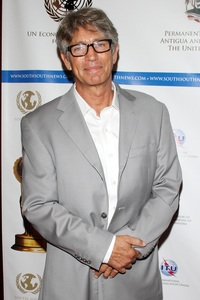 Asbury Park Press is reporting that former soap opera actors Melissa Archer (ex-Natalie Banks, “One Life To Live”) and Eric Roberts (ex-Vance Abrams, “The Young And The Restless”) are currently filming scenes in towns along the Jersey Shore for the upcoming film “West End.” Written and directed by Jersey Shore native Joe Basile, the crime drama focuses on a boy who left his mob family behind and returned to his hometown as an FBI agent after his father’s murder.

The film, which also stars Neal Bledsoe (“Smash,” “Law & Order: SVU”), Isabella Hoffman (“Criminal Minds,” “Grey’s Anatomy”) and Peter Onorati (“Goodfellas,” “Castle”), started filming in late April and will finish on May 20 with hopes for its premiere this fall at the Prudential Center in Newark.

Though there is no word on who Archer will play, look for Roberts to appear as the murdered father.