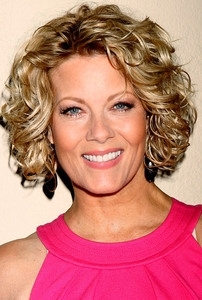 The upcoming film, “Gabe The Cupid Dog,” has a few familiar former soap opera actors in its cast. Written and directed by Michael Feifer, when recently single Eric (Brian Krause) leaves on a business trip to London, his dog Gabe decides to play cupid. The last thing the dog wants is to spend Eric’s time away in a kennel when he could stay with their neighbor Sara (Boti Bliss, ex-Lynn; “The Young And The Restless”)!

Former “As The World Turns'” Michael Woods (ex-Alec) will appear as Mr. Caldwell, along with “The Bold And The Beautiful’s” Ashley Jones (ex-Bridget) as Lana, “Days of our Lives'” Ralph Waite (ex-Father Matt) as R.L. Dutton and Linden Ashby (ex-Paul) as Jerry, and “One Life To Live’s” Barbara Niven (ex-Liz) as Ms. Andrews.

As of yet, there is no release date set for the film.

Tom Holland, Tobey Maguire & Andrew Garfield Reunite To Talk Playing ‘Spider-Man’ And Why ‘No Way Home’ Was Such An Emotional Experience

New Jeopardy! Champ Rhone Talsma on Beating Amy Schneider: 'I Did Not Expect' to 'Slay the Giant'