Hot In Cleveland: Barry Bostwick ("Cougar Town") will appear in a guest starring role on May 30. Look for him to play Victoria’s ("All My Children" guest star Wendie Malick) former co-star from the fictional soap opera "Edge of Tomorrow." The series airs Wednesdays at 10:00 PM on TV Land.

Jane By Design: "Desperate Housewives'" Teri Hatcher has already landed a new job after her eight year run on the cancelled ABC series and will be appearing on the ABC Family series in a four episode arc. She'll play Jane Quimby's estranged mother beginning on June 15 at 9:00 PM. Teri will also direct one of the episodes as part of her deal!

Jericho: If you've been missing the CBS cancelled series, Netflix and the network have been in early discussions regarding a possible revival for the residents of Jericho, Kansas.

Nikita: Cameron Daddo ("The Mentalist," "24") guest stars as the President Of The United States on the CW on May 11 at 8:00 PM. Friday Episode Teasers: Percy threatens the President unless his demands are met. Nikita, Michael, Sean and Alex team off in an attempt to stop Percy’s new nuclear satellite. One location is blown up, which Alex and Sean are caught at.

Smash: Soaps.com reported that Theresa Rebeck would be leaving NBC's musical drama as executive producer, and the network is working to finalize a deal to fill her shoes. Josh Safran (Executive Producer, "Gossip Girl") could be slipping into the role any day now for next season's episodes.

Supernatural: James Patrick Stuart ("All My Children," ex-Will Cortlandt) returns to guest star as Dick Roman on the CW on May 11 at 9:00 PM.

The Client List: Former "One Life To Live's" (ex-Victor) Trevor St. John will appear on The Client List on Sunday May 13 at 10:00 PM on Lifetime.

The Corrections: After viewing their pilot, based on Jonathan Franzen's acclaimed novel, the network has decided not to move forward as a series.

The L.A. Complex: The CW's April 24 premiere broke a record for the network - but not a good one. The series turned out to be the lowest-rated in-season broadcast drama unveiling to date with only 646,000 viewers. If you enjoyed the show and want to see more of it tune in at 9:00 PM. Tuesday Episode Teasers: Raquel is dumped by her agency after her Hollywood stock plummets. Nick reflects on a bizarre one-night-stand to finally get a laugh on his comedy circuit. Tariq lays down a killer track, which is shot down, and wonders if Kaldrick has it in for him. Connor feels sad and lonely in a big empty house. Alicia receives a career boosting proposition. Abby finds herself dangerously close to having to give up her dreams and leave LA.

The Secret Circle: Fans, did you hear about the new CW app? Check out The Secret Circle App and join in on the fun before the May 10 jaw-dropping 9:00 PM season finale. Thursday Episode Teasers: Faye is attacked by the Witch Hunters, and Jake, Melissa and Adam rush to save her. Blackwell informs Cassie and Diana on the only way to stop the Witch Hunters - by using their Balcoin blood to unleash the Crystal Skull. Cassie has to convince Diane to do so by tapping into her dark magic. Dawn and Charles realize how to get their powers back, but it'll come at a very big cost.

True Detective: Matthew McConaughey ("Eastbound & Down," "Ghosts Of Girlfriends Past") as Rust Cohle and Woody Harrelson ("The Hunger Games") as Martin Hart have been cast in HBO's new eight-episode drama. The detectives' paths will cross while on the hunt, which has been ongoing for seventeen years, for a serial killer in Louisiana. The series is expected to premiere in 2014.

Veep: HBO has ordered a second season of the series and has had 3.7 million viewers to date! In The Sunday May 13 10:00 PM HBO episode Dan and Amy attend a book launch for Gov. Danny Chung, a possible political threat. Selina and Mike prep for a "Meet the Press" interview, and Gary and Amy find out that Selina has a lover.

White Collar: "One Life To Live" alum (ex-Margaret Cochran #1) Rebecca Mader has been cast in the USA's upcoming new season, set to premiere this summer. 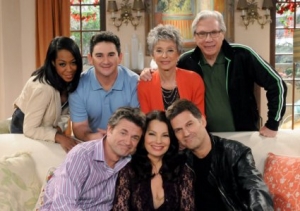 Soaps.com has plenty of Primetime scoops for our readers to look forward to during the week of May 7 and beyond. In our latest Primetime Dish column you’ll find episode teasers, casting scoops, awards show news, finale reminders, and series renewals.

90210: Nick Carter guest stars as himself on the CW on May 8 at 8:00 PM. Tuesday Episode Teasers: Naomi tries to sabotage Madison’s bachelorette party. Madison’s childhood crush, Nick Carter, arrives at the party. Liam and Navid get into a fight over Silver at Max’s bachelor party and end up hauled off to jail. Ivy blames Annie and Caleb in regards to Diego having to go on the run.

Castle: Monday May 7 marks the season four finale on ABC at 9:00 PM. In the episode titled “Always” Beckett goes after the man who shot a military veteran. Watch a promo right here on Soaps.com.

Drop Dead Diva: Look for the popular Lifetime series to return with season four on Sunday June 3 at 9:00 PM.

Flashpoint: After its upcoming fifth season the ION series will be calling it quits. Executive Producers Anne Marie La Traverse and Bill Mustos stated, “While the series is still at its creative apex, we’ve decided to end on a high note and give those fans the satisfaction of a fitting series conclusion in our 75th episode.”

Fringe: Warner Bros. and FOX have reached a deal in order to bring the series back for one last season. The final thirteen episodes will air on Fridays at 9:00 PM.

Girls: The HBO series has just been renewed for a second season and has had 3.8 million viewers to date! In the Sunday May 13 10:30 PM episode Hannah decides to proposition her boss but retreats to Adam, who has a different idea about the state of their union. Marnie and Charlie review their relationship, and Jessa is determined to reconquer an ex.

Gossip Girl: Elizabeth Hurley (“Wonder Woman”) guest stars as Diana Payne on the CW series on May 7 at 8:00 PM. Monday Episode Teasers: Blair has to be at two places at once and enlists Serena to be her stand-in at an important meeting. Ivy and Lola help Chuck with a personal vendetta. Nate makes a decision regarding his future with Diana Payne.

Hart Of Dixie: Gary Cole (“Scruples,” “The Good Wife”) makes his CW guest starring return as Zoe’s father, Ethan Hart, on May 7 at 9:00 PM. Monday Episode Teasers: When one of her friends faces a health crisis, Zoe blames herself for not noticing the symptoms. Wade gets encouragement from Lavon and thinks about opening his own bar in Bluebell. Lemon wants to get her and George’s relationship back on track and plans a romantic evening for them.

Happily Divorced: Great news! TV Land has just ordered twelve more episodes of their hit series, which has averaged 1.5 million total viewers throughout season two. Tune in when the show resumes on Wednesday June 6 at 10:30 PM. 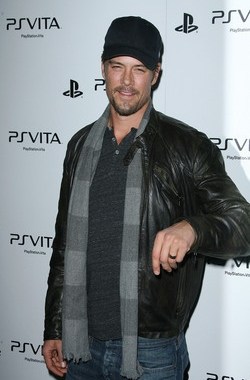 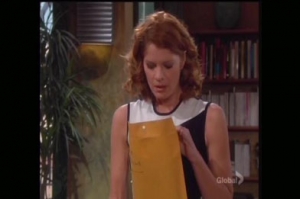