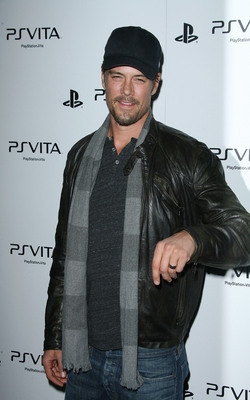 We have some baby news for the former Pine Valley actress who played Kendall Hart. Sarah Michelle Gellar is pregnant again! Find out the details and more about what she’s been up to since leaving Daytime behind.

Are you missing the actress who played Greenlee? You can catch Rebecca Budig hosting Celebrity Skate 2012 and find out what other project she’s involved in.

Do you watch “Mad Men?” If so, you may have recognized a former Pine Valley actor in a recent episode. Watch (ex-Alexander Cambias) Ronald Guttman’s Mad Men Video.

Guess who’s heading to a much anticipated new series? Former “AMC’s” (ex-Aidan Devane) Aiden Turner has been cast on Scruples.

Fans who wish they could see the actress who played “As The World Turns'” Gwen are in luck! Jennifer Landon has been cast as Heather Stevens on “The Young And The Restless.”

Speaking of new Daytime gigs. Former “As The World Turns” actor (ex-Holden) Jon Hensley is on The Bold And The Beautiful.

Did you happen to catch “As The World Turns'” alum (ex-Jack) Michael Park in The Good Wife?

Are you in the Los Angeles area and want to see the man who played "Guiding Light's" Alan? We have details to make it happen. Catch Ron Raines in Follies in May and June. Ron also just received a 2012 Tony Awards nomination for his role!

Many fans have been hoping to see the actress who played Llanview's Jessica Brennan in new projects. Well SyFy fans, tune in this summer for Bree Williamson in Haven.

Remember the actor who played "One Life To Live's" Jack Manning before the role was aged? Carmen LoPorto was cast on Nurse Jackie, Showtime's hit series!

Here's another role to watch out for… Josh Kelly in Glowl will have the actor who played Llanview's Cutter in a very different role.

Have you ever wanted to write a story? Get some tips through this Michael Malone Interview. He knows what he's talking about and was once the "One Life To Live" head writer!

Did you know two actresses played the Llanview role of Margaret Cochran? Find out what the one who created the role is up to through Rebecca Mader in White Collar.

The actors who played on "Passions" have been pretty quiet as of late. However, Harmony's characters still live on through Soaps.com's Passions Fan Fiction.