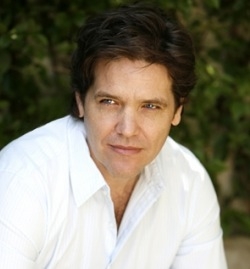 Big returns, sad goodbyes and fresh faces are on their way. Find out who’s coming and who’s going on all four Daytime soap operas.

The Bold and the Beautiful:
Three Daytime vets are headed to the “B&B” canvas. Not only is Sean Kanan returning to stir things up once again as Deacon Sharpe, but Crystal Chappell (Gina, “Venice the Series;” ex-Carly, “Days of our Lives;” ex-Olivia, “Guiding Light”) and Jon Hensley (ex-Holden, “As the World Turns”) will be visiting the world of high fashion as well. Who will they play? Go to the The Bold and the Beautiful Comings and Goings for details.

Days of our Lives:
The revolving door will be getting quite the workout in Salem in the next few months. Renee Jones will be leaving the show as the ailing Lexi Carver and Christie Clark (Carrie) and Patrick Muldoon (Austin) will be exiting the fictional town this summer as well. However, new blood is on the way, as at least four new characters have been cast or are in the works. Find out who will be mixing things up soon at the Days of our Lives Comings & Goings.

General Hospital:
This summer will be an ABC soap opera reunion over in Port Charles. Kristina Wagner just returned to the show as Felicia Jones Scorpio, but the future will also bring "One Life to Live" favorites Florencia Lozano as Tea Delgado and Roger Howarth as Todd Manning to the mob infused town. Also, look for Kristina to come home from college, but with a new look. Find out who will be playing Sonny (Maurice Benard) and Alexis' (Nancy Lee Grahn) rebellious daughter at the General Hospital Comings & Goings.

The Young and the Restless:
Danny and Cricket reunited? Could be as their portrayers Michael Daman and Lauralee Bell are on their way back to Genoa City. Also, look for Kevin Schmidt's return as Noah Newman, Tristan Rogers' return as Colin and one fan favorite to go missing from the canvas for a bit. Find out who is taking a six month leave of absence from the CBS soap at The Young and the Restless Comings & Goings.

For a refresher on what happened on the soaps last week, check out Soap Opera Fan Soap Summaries.