General Hospital:
Olivia continued trying to get rid of Heather without much luck. She decided to turn to Sonny, asking him to make Johnny back off of Steve. She also lashed out at Kate, which riled up Connie who nearly lamped her. She took over control and started to scheme as she planned Sonny's birthday party.

The Young And The Restless:
Vikki argued with Chelsea over Adam's part in the rescue. When Nick confronted Adam in front of Sharon, he admitted he saved Chelsea. Sharon went to Chelsea for confirmation, and Vikki came to her senses and invited Adam to see the baby.

Caroline saw Rick wearing a dress on “B&B.” Will came out to Gabi on “Days.” Connie schemed again on “GH,” and Vikki invited Adam to visit with the baby on “Y&R.”

The Bold And The Beautiful:
Amber got ensnared in another bickering match between Brooke, Ridge, Rick and Thomas about who Caroline should be working with. When Rick got Caroline alone, he asked her out. She agreed to see him one day and Thomas the next. When she later bumped into Amber, the blond showed her a fake picture of Rick wearing a dress.

Days of our Lives:
“Gabi wanted to rope Will into helping her. He refused and then broke the news that he was gay. She didn’t seem that surprised. The last guy she had a crush on was gay too.” Read more about the goings on in Salem through Matt’s Days of our Lives Musings. 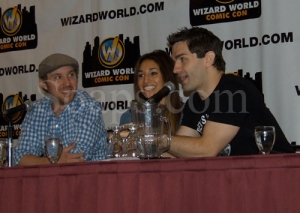 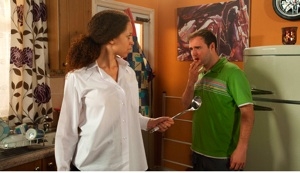