General Hospital:
Michael argued with Starr about his father's guilt and then met up with him and Carly to offer his support. Carly went off to see Johnny and they talked about getting serious with each other until Sonny and Kate wandered by.

The Young And The Restless:
Genevieve heard Jack tell Nikki he planned to file for a divorce as soon as he obtained Beauty of Nature. Later, Genevieve reminisced with Tucker over their childhood romance. Tucker admitted he hadn't told Ashley about them. Jack then convinced Genevieve that his conversation with Nikki was to keep her from running to his family about them. He chartered a plane to Vegas, but Genevieve wanted to fly there separately.

The Bold And The Beautiful:
Brooke was busy dealing with her sister. Donna was bored and wanted a job. Brooke jokingly offered her a receptionist position but Donna took it. Pam dropped in on her sister. They argued until Pam burst into tears and begged to be let into her life. Stephanie couldn’t get rid of her so Pam went down to claim the receptionist’s position only to find Donna there.

Days of our Lives:
“John got back just in the nick of time. Marlena had become so lost without him she couldn’t tell the difference between speaking to him in person and leaving a message on his answering machine. She wasn’t happy that he was working in Intelligence again. The doctor reminded him that Intelligence had never done either of them any good.” Read more about the goings on in Salem through Matt’s Days of our Lives Musings. 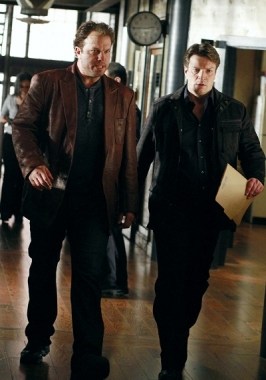 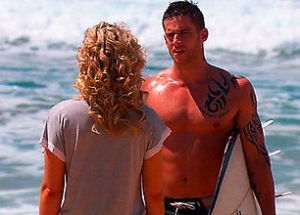