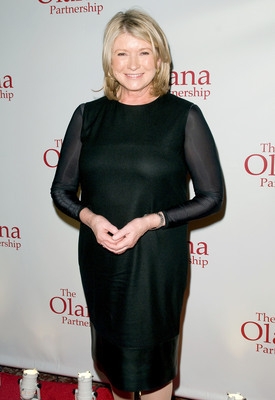 Soaps.com has plenty of Primetime scoops for our readers to look forward to during the week of April 2 and beyond. In our latest Primetime Dish column you’ll find episode teasers, casting scoops, finale guest stars, which 80s heartthrob is getting his own show and the date and host for this year’s Primetime Emmy Awards.

2 Broke Girls: Martha Stewart (“Martha Stewart Presents”) guest stars on Monday May 7 at 8:00 PM. Tune in to the one-hour finale on CBS where Max and Caroline present their cupcake business to Martha Stewart at a Manhattan gala.

30 Rock: Cheyenne Jackson (“Glee”) will return during season six for the show’s April 26 live episode. The series airs on Thursdays at 8:30 PM on NBC.

90210: Arielle Kebbel (“The Vampire Diaries”) returns to guest star as Vanessa in the 8:00 PM April 3 episode titled “No Good Deed.” Tuesday Episode Teasers: Annie puts her inheritance to good use. Naomi’s big plan backfires. Vanessa vows to step in and make Liam a big star. Silver realizes she still has feelings for Navid.

Bones: Jay Paulson (“Castle,” “Happy Town”) has been tapped to appear in one of four bonus season seven episodes as an artist. Jay’s FOX guest starring role will have his character helping Angela become at one with her inner free spirit. The episodes are currently being taped so stay tuned for Jay’s appearance.

Criminal Minds: Tricia Helfer (“The Firm,” “Two And A Half Men”) has been cast to guest star as a bad girl in season seven’s finale. Tune in to the two hour finale on CBS on May 16.

Daddy’s Home: 80s teen heartthrob Scott Baio (“Charles In Charge,” “Happy Days”) has been cast in Nick At Nite’s new comedy pilot. 20-episodes have been ordered for the multi-camera project. The series will have Scott as David Hobbs – a veteran actor who honors a deal to become a stay at home dad in order for his soap opera star wife to return to work.

Dallas: Check out all of the latest Dallas Casting News.

Game Of Thrones: The HBO series returns at 9:00 PM for its second season on Sunday April 1. In the episode titled “The North Remembers” Robb Stark continues the war against the Lannisters, Tyrion arrives in King’s Landing, Stannis Baratheon plots to claim his late brother’s throne and much more!

Gossip Girl: As we reported in January Desmond Harrington returns for the April 2 episode as Jack Bass, as does William Baldwin as William van der Woodsen. 8:00 PM Monday Episode Teasers: Chuck makes plans to thank Jack for saving his life. Unexpected roadblocks get in the way of Blair and Dan consummating their relationship. Ivy finds an ally in William. Nate hopes to save his newspaper.

Hart Of Dixie: Bluebell’s Man Of The Year is announced on April 2 at 9:00 PM. Monday Episode Teasers: Brick is very disappointed by The Man Of The Year announcement. Lavon is expected to host an uncomfortable cocktail party. Zoe comes to Lavon’s rescue. Magnolia wants Wade to write a song with her to perform at the party.

Necessary Roughness: The USA drama has cast Gaius Charles ("Salt," "Friday Night Lights") as Damon in the last four episodes of season two. His character, a football wide receiver, will approach Dr. Dani for help in regards to his imposter syndrome. The series airs Wednesdays at 10:00 PM.

Revenge: All new episodes will return to ABC on Wednesday April 18 at 10:00 PM.

Ringer: Desperate times will definitely call for desperate measures in the 9:00 PM April 3 episode titled "If You're Just An Evil Bitch Then Get Over It." Tuesday Episode Teasers: Bridget, poising as Siobhan, pinpoints Andrew as the person who tried to murder her. Catherine desperately tries to bring Andrew closer to her.

Once Upon A Time: Sebastian Stan ("Gossip Girl") will appear in two more episodes this season as the Mad Hatter.

One Tree Hill: April 4 will be a sad day for fans of this CW series. The show will end its very last season in a two hour finale from 8:00 PM to 10:00 PM. Wednesday Episode Teasers: The tenth anniversary of Tric delivers old faces and new possibilities for the Tree Hill family.

Political Animals: Ciarán Hinds ("John Carter," "The Woman In Black") has been cast as the ex-husband of Sigourney Weaver's character in the new USA Network drama. He'll play a former president named Bud Hammond. Though he was once loved by the American public his popularity diminished due to his out of office actions.

Pretty Little Liars: When season three returns in June, look for the storyline to begin six-months after where season two's finale left off.

Primetime Emmy Awards: The 64th annual event will be held on September 23 on ABC with Jimmy Kimmel ("Jimmy Kimmel Live") hosting. Jimmy told the press, "I hope to be able to do for the Emmys this year what Eddie Murphy did for the Oscars."

Prodigy Bully: The new FOX pilot has cast former Daytime actress Jessica Tuck ("One Life To Live," "Days of our Lives," "True Blood") as Benny. Look for the show to center on a boy who's not only a genius but a bully.

Scruples: Stay up to date with all of the latest Scruples Casting News.

Smash: NBC has ordered a season two for its successful musical drama. However, though the show's creator, Theresa Rebeck, will remove herself from the day to day operations, she'll still hold her executive producer title.

Terra Nova: Unfortunately 20th Century Fox Television and Netflix could not reach a deal to keep the show alive. We reported earlier this month that FOX had cancelled the series with hopes of keeping it going elsewhere… no such luck.

The Carrie Diaries: In the beginning of March, Soaps.com reported that AnnaSophia Robb had been cast in the new CW series as a young Carrie Bradshaw. Get your first sneak peek of AnnaSophia in the role above!

The Secret Circle: April 5 will air a repeat of the show's "Valentine's Day" episode.

Touch: Maria Bello ("Prime Suspect," "Grown Ups") has joined the FOX drama for a multi-episode arc. Should things go well, she could be back for season two - if the network renews the series. Look for Maria's character's daughter to share a similar gift as Martin's (Kiefer Sutherland) son.

True Blood: Check out the new promo for season five. This summer's slogan is… "You Can't Escape Your Past."

Two And A Half Men: Are you missing "Seinfeld's" Jason Alexander (George)? Though Soaps.com does know he'll appear in the May 7 episode, details surrounding his guest appearance are being kept quiet.