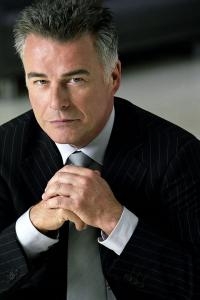 Soaps.com answers those burning questions that soap fans have about the soaps, actors, characters and our website! We encourage everyone to email us their questions. Our staff will get back to you with the answers, and you may even find the answers listed on the site!

Nancy F. asks: What happened to the characters of Ava and Jonathan? Their names are never mentioned on the show.

Soaps.com: Unfortunately, Leven Rambin (Ava) left the show in March of 2008, as did Jeff Branson who played Jonathan. We always post about casting changes in our comings and goings for all of the shows, so for future casting notes, please stay tuned to our All My Children Comings and Goings page!

Soaps.com: Betsy’s mother was Elizabeth Stewart, and was last played by Judith Mc Gilligan. From time to time we do ‘Where are They Now’ articles, but usually if there is a call for specific actors. If you send us a note asking to hear about someone specific, we may write a piece about it!

Rosemary S. asks: What ever happened with AMC’s Greg Madden? I have seen him on the Bold and the Beautiful.

Jamie G. asks: Just clarifying… Deidre Hall’s real life sister didn’t reprise her role as Sam, right? Sam and Marlena were both filmed by Deidre? I couldn’t find anything saying that she was reprising the role for the August 20, 2008 episode, but I just wanted to make sure.

Soaps.com: No, she didn’t! Deidre played both parts. We posted about this in our DAYS spoilers that are now archived.

Marianne D. asks: Maxie had on a big black ring, do you know where I could get that? Thanks!

Soaps.com: While we are trying to get some of the show’s clothing questions answered, unfortunately we usually have a difficult time obtaining information on the jewelry worn on this show.

Linda A. asks: I just love Guiding Light. Can you tell me if Philip is really dead? I was so upset when he got shot. He was my favorite character. Does he have a fan club? I'd love to join. Keep up the good work. The show is great. Look forward to it every day.

Soaps.com: He's presumed dead. Grant Aleksander left the role of Philip when he was 'presumed' dead in 2004. In soap land, this could mean a return at some point. It's best for you to keep up with our GL comings and goings. We archive these after a few months, but you can always stay tuned to that page to find out if he is returning at some point. As far as we know the actor does not have an official fan club.

Tammy S. asks: Could you please tell me the name of the actor that plays Cord on the week of August 11th 2008?

Soaps.com: It's John Loprieno. The amazing One Life to Live vet John Loprieno came back to play Cord in August. He's been playing the much-loved character off and on since 1988! If there is a return, you'll see it listed here. OLTL Comings and Goings.

Richard G. asks: My wife of forty-five years has watched your show from the beginning and I have also watched about half or more. Everything stops in our household until the show is over. In fact it is the only soap she watches. I would like to know if I could get her an autograph picture of Eric Braeden and Melody Thomas Scott. In case you can do this I would pay either the studio or donate money to your choice of charities. Her name is Karen. Thank you so much for your time in this matter.

Soaps.com: First, Richard, let us extend our congratulations on so many years of marital bliss! And on being such loyal viewers! While we'd love to help, Soaps.com is not affiliated with any of the shows, so we cannot get autographed photos. You would need to send your request to the show itself. You'll find the address for The Young and the Restless in our Y&R FAQs Page! Best of luck with your request!