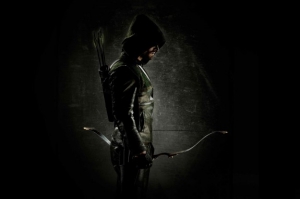 I Hate My Teenage Daughter (FOX)

Soaps.com has plenty of Primetime scoops for our readers to look forward to during the week of March 26 and beyond. In our latest Primetime Dish column you’ll find episode teasers, casting scoops, a new reboot of a popular 1960s series, and new season renewals.

90210: Nick Zano (PJ) and Arielle Kebbel (Vanessa) return in their guest starring roles. 8:00 PM CW Tuesday Episode Teasers: After PJ proposes to Naomi, Annie realizes he needs to get married in order to access the rest of his trust fund. Dixon admits he didn’t tell Adrianna that he signed a record deal – since the company didn’t want to sign her. Liam wants Vanessa to move out and realizes she emptied their joint account.

Blue Bloods: CBS has picked up the drama series for a third season. The show airs Fridays at 10:00 PM.

Bones: Here’s the first sneak peek of the FOX show’s return from hiatus, which airs at 8:00 PM on Monday April 2.

Dallas: If you haven’t already heard the TNT series remake will premiere on Wednesday June 13 at 9:00 PM. Find out what’s in store for the new generation through this Dallas Video Teaser.

Girls: HBO’s new series debuts on April 15 and follows four girls who are trying to figure out what they want out of life while living in New York. The main cast includes Hannah (Lena Dunham), Marnie (Allison Williams), Jessa (Jemima Kirke) and Shoshanna (Zosia Mamet).

Grimm: The first season of NBC’s new show was a hit. So much so, the network has renewed the series for a second season.

Hart Of Dixie: The CW show will not be seen on Monday March 26. In its place will be a special airing of the two-hour movie “Confessions Of A Shopaholic.”

Happy Endings: The ABC series finishes up its second season on Wednesday April 4 at 9:30 PM.

House: Olivia Wilde will return as Dr. Remy ‘Thirteen’ Hadley for the FOX series finale on May 21. She was last seen on October 17, 2011.

I Hate My Teenage Daughter: Due to extending episodes of "American Idol," FOX will be ending the show's midseason with a final airing until summer on Tuesday April 3 at 8:30 PM.

Jersey Shore: Production for season six will begin this summer in Seaside Heights. Don't forget, the gang comes back together for "Jersey Shore: The Reunion" tonight at 10:00 PM on MTV.

Joey Dakota The new CW romantic time travel musical pilot has cast "Party Of Five" star Scott Wolf as Franklin, someone who knows a lot about the lead character's (Maya) situation. The storyline surrounds a documentary filmmaker, Maya (played by Amber Stevens), who makes a film about a rock star named Joey Dakota. The star in question died suddenly in the 1990s, and Maya tries to travel back in time to prevent his death from happening all over again.

Mad Men: Though AMC was going to open the new season with the song "The Look Of Love," since it won't be released until six months after the episode airs, they've decided to go with another song - one we will all have to wait to hear.

Mistresses: Missing "Lost" alum Yunjin Kim (ex-Sun)? She's just been cast in one of the leading roles for the new ABC drama as a psychiatrist named Karen. The provocative series will surround four women doing their best to balance their scandalous love lives and will premiere in the summer of 2013.

Munsters: NBC is rebooting the 1960s series, and Eddie Izzard ("Treasure Island") is currently in negotiations to costar as 'Grandpa' and have a producer’s credit on the project, which is tentatively titled "Mockingbird Lane."

One Tree Hill: With the final season upon us, here are some CW Wednesday Episode Teasers: Julian tries to breathe new life into a past idea. Changes are made to Mouth and Millie's morning show. Clay and Quinn prepare for Logan’s first night at the beach house.

Scruples: Keep up with all of the Scruples Casting News.

Supernatural: Felicia Day ("The Guild") has been cast to appear as a low-level tech in the CW show's episode "The Girl With The Dungeons And Dragons Tattoo." Her season seven CW appearance is on Friday April 27 at 9:00 PM. Look for the character to get wrapped up in Sam and Dean’s problems. Also, look for DJ Qualls ("All About Steve," "Road Trip") to return as Garth on Friday March 30. He was last seen on November 11, 2011.

The Americans: Last week Soaps.com alerted readers to Keri Russell's ("Felicity") lead role as Elizabeth in the new FX pilot. Matthew Rhys ("Brothers & Sisters") has just been cast to play Keri's spy husband, Phillip. Did we mention that Elizabeth and Phillip's children know nothing about their true identity?

The Good Wife: CBS has picked up its leading drama for a fourth season! Until then, look for Martha Plimpton ("Raising Hope," "The Goonies") and Michael J. Fox ("Family Ties," "Spin City") to return to team up against the firm as Patti Nyholm and Louis Canning in season three's finale. The show airs Sundays at 9:00 PM.

The Rosie Show: Oprah Winfrey's OWN network has cancelled Rosie O’Donnell’s talk show due to low ratings. The last episode was taped on Tuesday March 20 and will air on Friday March 30.

The Secret Circle: Chad Rook ("Alcatraz," "Supernatural") makes a guest appearance as Samuel, someone from Jake's past. March 29 CW Thursday Episode Teasers: Samuel has a message for Blackwell. Diana finds The Circle's secrets is causing a barrier between her and Grant. Faye, Melissa and Adam help each other get what they want.

Two And A Half Men: Charlie Harper's ghost will make an appearance on the April 30 episode after Alan suffers a minor heart attack. However, he'll be in the form of Kathy Bates ("Misery") - not Charlie Sheen!

Walking Dead: If you caught last Sunday's season finale you were teased into what's ahead come season three. Danai Gurira ("Treme") will appear as a series regular named Michonne. This character will surely kick butt with the help of her samurai sword.

Join us on Twitter @soapoperafan, and Facebook. Come tweet and Facebook with us Primetime shows, about all the other soap operas, "Dallas," "Glee," "Grey’s Anatomy," "Scruples," "Vampire Diaries," and "Venice The Series."
Header Photo Credit: ABC

Soaps.com Mailbag. Hot or Not!