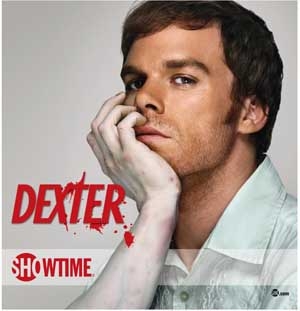 Soaps.com has plenty of Primetime scoops for our readers to look forward to during the week of March 19 and beyond. In our latest Primetime Dish column you’ll find episode teasers, casting scoops, the premiere return date for a show that’s been gone far too long, which actor will be taking a break from a popular CW show, and which beloved Hollywood couple has decided to end their marriage after 11 years…

90210: Fans were saddened to hear former “90210” actress Jennie Garth and her husband of 11 years, Peter Facinelli (“The Twilight Saga”), have decided to call it quits. In other news, due to an illness, Tristan Wilds (Dixon Wilson) will be absent from roughly four episodes, due to an illness, closing out the current season. Look for his character to go off on tour as a way to explain his absence. Get well, Tristan! Tuesday Episode Teasers: Dixon collapses during an argument. Liam supports Silver. Ivy finds out Raj still has cancer.

Alcatraz: While shooting scenes in San Francisco, producers noticed a car that needed to be moved. When the owner was located, the girl explained that her mother had a stroke and needed help. The producers were able to quickly get in touch with San Francisco police officers who were on the set in order to help the woman. Good thing for that misplaced parked car!

American Horror Story: The FX series is looking to cast a nemesis named Gia for Constance Langdon (Jessica Lange). The character will appear during season two as a treacherous sexpot who holds a secret. The casting call alerted potential candidates to think Angelina Jolie in “Girl, Interrupted.” The show airs Wednesdays at 9:00 PM.

Bones: Don’t look any further if you don’t like spoilers! During the final season, which resumes on April 2, Brennan and Booth will have a baby girl who they will name after two important women in Brennan’s life. Any guesses who?

Defiance: Syfy’s new series drama has just cast “Dexter” stars Julie Benz and Jaime Murray. As we reported back in January, the new paranormal series follows people and aliens trying to co-exist on one planet. Julie will play Mayor Amanda Rosewater, and Jaime will appear as a proper wife of a member of an elite alien race.

Desperate Housewives: It’s the moment fans of the ABC series have not been looking forward to… The network will end its eighth and final season with ‘the housewives’ in a two-hour finale on Sunday May 13 at 9:00 PM.

Fringe: Georgina Haig (“The Elephant Princess”) and Henry Ian Cusick (“Scandal,” “Lost”) have been cast as agent partners Etta and [male character name still unknown]. While Georgina’s role could be recurring, Henry’s might not be. Look for the two to show up in episode 19 of season four, which returns with episode 15 on Friday March 23 at 9:00 PM on FOX.

Games Of Thorns: Sunday April 1, at 9:00 PM, marks the second season premiere of the HBO drama series. The show surrounds the world of Westeros, “where ambitious men and women of both honor and ill-repute live in a land whose summers and winters can last years.”

Hart Of Dixie: Ernie Hudson (“Transformers”) and Valarie Pettiford (“The Finder”) return to guest star as Lavon’s parents. Monday Episode Teasers: Though Zoe is happy to see snow in Bluebell, others think it’ll bring them all bad luck. Lavon’s introduction of Didi to his parents doesn’t go as planned. Lemon and George make a big decision about their future.

Homeland: Jamey Sheridan, who plays Vice President William Walden, will now appear as a series regular in season two. Season one encores currently air on Mondays on Showtime at 8:00 PM.

Justified: The Emmy Award Winning FX drama has just ordered thirteen episodes for its upcoming fourth season. Until then, season three will air its finale on Tuesday April 10 at 10:00 PM.

Luck: After three horses were hurt during production, where two had to be put down, HBO has decided to cease production on their new show. Executive Producers David Milch and Michael Mann stated, “The two of us loved this series, loved the cast, crew and writers. This has been a tremendous collaboration and one that we plan to continue in the future.”

Mad Men: After being MIA for almost a year and a half, the AMC series returns! Season five starts with a two hour premiere on Sunday March 25 at 9:00 PM.

Nashville: Back in January Soaps.com reported that Connie Britton would most likely not be returning if a second season of “American Horror Story” was ordered. The actress has just been cast in the highly publicized ABC pilot as Rayna. Extra treat… Connie’s “Nashville” role will have her singing. Fellow “American Horror Story” alum Eric Close (“Santa Barbara”) will play Rayna’s husband. Let’s hope she’s making a big salary because he’ll be living off of it!

Revenge: Stay tuned for an upcoming all-flashback episode, which will help Emily get a handle on the people who destroyed her family.

Ringer: There is still no news from the network on whether or not the CW will order a season two of the series. Until then, Jaime Murray returns to guest star as Olivia Charles. Tuesday Episode Teasers: Agent Machado is determined to find out who attempted to hurt Bridget. Bridget has her own ideas and thinks Olivia was behind the threats on her life. Juliet goes missing.

Political Animals: The new USA network six-hour project will focus on a political and personal crisis surrounding the broken First Family in Washington, DC. Carla Gugino ("Justified," "Californication") has been cast to play a journalist who sets out to ruin the careers of a former First Lady and a newly appointed Secretary of State. The series will premiere this summer.

Pretty Little Liars: During the Monday March 19 spring finale 'A' is finally revealed! Watch a spoiler video for the episode titled "unmAsked."

Scruples: Things are getting underway for the new ABC pilot. Find out the latest Scruples Casting in our new section on Soaps.com.

Sons of Anarchy: Kurt Sutter, the show's producer, expressed his interest in creating a prequel to the FX series. In fact, if this happens, he'd like to see a more political and socially historical spin on the show.

Supernatural: Misha Collins ("Ringer," "Nip/Tuck") returns! Look for Dean to come face to face with his character while seeking the help of a healer. More Friday Episode Teasers: Sam ends up in a mental hospital after Lucifer drives him to the breaking point.

Terra Nova: 20th Century Fox TV is currently in talks with a company that wants to keep the cancelled show alive. Could Netflix be where viewers will stay in touch with their favorite FOX series? Stay tuned!

The Americans: Keri Russell ("Felicity") has been cast in a lead role as Elizabeth Jennings in the new FX drama pilot. The show takes place in the early 1980s and focuses on two KGB spies disguised as Americans in suburban Washington, DC.

The Good Wife: Taking us into next week will have Gary Cole ("Hart Of Dixie") making a return as Kurt McVeigh to the CBS drama this Sunday March 18 at 9:00 PM. The actor was last seen in season two on February 22, 2011.

The Secret Circle: It's another new episode for Chance Harbor fans. March 22 Thursday Episode Teasers: Cassie's father warns that her and Adam's love may be destiny but it could also be a curse. Jane, Cassie's grandmother, warns if the curse is awakened, someone in their circle will die. While Eva stalks Faye, Charles makes his move against Blackwell.

Touch: Soaps.com sat in during a conference call with Danny Glover, who will appear as Arthur Teller on the FOX drama. On how he landed the role, Danny stated, "This is the first time that I’ve done a series outside of doing an arch in two other series, but I was asked to play this role. I was approached to play this role and certainly it’s something mysterious about him [Arthur Teller], it’s something other worldly about him [Arthur Teller] that I was attracted to."

White Collar: Season four resumes this summer with a new face added to the USA series. Mía Maestro ("The Twilight Saga: Breaking Dawn") will appear as a local café owner named Maya. Fans can expect her to become romantically involved with Neal.

Join us on Twitter @soapoperafan, and Facebook. Come tweet and Facebook with us Primetime shows, about all the other soap operas, "Glee," "Grey’s Anatomy," "Vampire Diaries" and "Venice The Series!"
Header Photo Credit: ABC Family

Dark Shadows Comes To The Big...