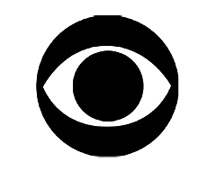 All CBS soaps will not air on Friday, September 5, 2008 due to the US Tennis Open. However, look for them to resume as normal on Monday, September 8, 2008!

On Monday, September 1, 2008, those of you getting a day off of work with hopes of catching up on your favorite soaps, we have good and bad news for you.

Although regular ABC soap programming will be pre-empted that day to reflect the holiday, all three shows will be giving their viewers a little treat – repeats of some recent great episodes to highlight some the current front burner storylines.

All My Children fans will get to see an encore of the May 27, 2008 episode – and all the excitement that surrounded Jesse and Angie’s wedding day! The recap for that can be seen here.

General Hospital viewers who missed the July 7, 2008 episode of Logan’s stabbing will see a repeat of that and can also read the past update of it here.

One Life to Live fans who didn’t get enough of the 40th Anniversary episodes can catch a repeat of Part 2, which originally aired on July 22, 2008. Can’t wait? Read the recap here!

CBS soaps will not air a regular episode of As the World Turns, Bold and the Beautiful, Guiding Light and The Young and the Restless on September 1, 2008 due to the US Open Tennis.

NBC’s Days of Our Lives will also be pre-empted on September 1, 2008 due to the holiday.

All soaps will resume regular programming on Tuesday, September 2, 2008, but if you’re spending some time here on Labor Day feel free to leave your comments about your favorite storylines here!

We’ll keep you updated as we receive more information!

Soaps.com wants to wish everyone a Happy Labor Day!