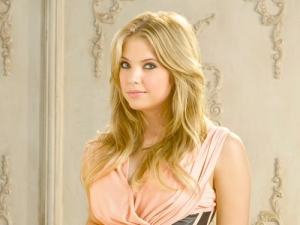 Filming begins February 12, and those behind the scenes are still looking for their fourth girl – all of which end up robbing a fast food joint, arrested and hooked up with a drug dealer on their way to what was supposed to be a fun spring break. Can you guess who the drug dealer is in the bunch? Think “Pineapple Express.” James Franco strikes again!

Have you checked out Soaps.com’s Primetime Dish?