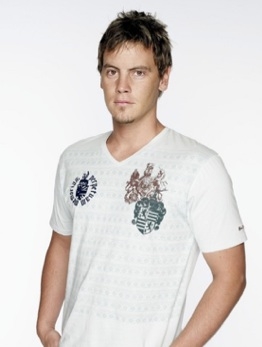 Americans aren’t the only ones with good soapy drama. Soaps.com has listened to our readers from across the pond who’ve written in to request we keep tabs on a few British and Australian soap operas. Take a look at what’s to come on Daytime serials from other parts of the world.

EastEnders:
Congratulations to Jacqueline Jossa (Lauren), who recently won the Newcomer award at the National Television Awards, which are voted on by the viewers.

Jessie Wallace (Kat) will be written out of the show for three months so she can deal with her broken engagement to Vince Morse, who reportedly sent racy photos of her to another woman. Expect Kat to leave town to take care of her father Charlie after suffering a stroke.

Spoiler alert: Peter and Carla’s affair is exposed when photos of the two are passed around during Frank’s trial. After Leanne sees them, she tells her husband she is willing to stay with him since he forgave her for her own indiscretions with Nick last year. Now, Peter must decide if he wants to stay with his wife or his lover.

Also, considering Betty Driver, who has played Betty Williams since 1969, passed away last October, the show will address the character’s passing onscreen as well. Look for familiar faces from the past to return for her funeral in April. There will also reportedly be a discovery of a secret Betty was keeping.

Emmerdale:
Spoiler alert: This week on “Emmerdale,” Cameron is none too pleased to find Andy comforting Debbie, Moira sees John and Chas flirting, Val and Eric argue about her trip to Portugal and Rodney goes to court.

Also, look for the King brothers to get thrown into the mix more this year. Tom Lister (Carl) told Inside Soap they will become a more powerful presence in the village when they build up their business. In addition, Chas’ love life could also become front and center again.

Hollyoaks:
The show is casting for a deaf teenager named Mikey to begin airing later this year. They are specifically looking for a deaf actor. This character will also be featured in an online spinoff, which will relate to the televised soap.

Spoiler alert: Dan O'Connor, former "Australian Idol" contestant and ex-Ned on "Neighbours," will make his "Hollyoaks" debut this week as military serviceman Ally, whose dark past will eventually unfold. For now, he will make an impression on both Amy and Ste Hay, leading them to try and discover if Ally is gay or straight.

Neighbours:
Spoiler alert: Coming up this week, Lucas finds Chris, who was attacked at the garage, but Chris doesn't want to go to the hospital because he thinks he was gay bashed. Lucas confronts Warren when he learns he was the last customer at the garage.

Meanwhile, Sonya finds out about Jade and Mai. Feeling abandoned, Jade decides to leave town, just when Kyle realizes he has feelings for her.

In addition, Sonya will rescue an orphan baby wombat. This will be part of an upcoming story with Toadie.

Home and Away:
Spoiler alert: Despite Bianca planning a wedding with Liam, it seems she and Heath can't quite forget each other. As Bianca races to her wedding, Liam spies photos of her with the other man. Will the wedding still take place?

Coming up, Leah will incur Brax's wrath when she tries to help him out of a jam. It seems, as Brax grieves for Charlie, Geoffrey King comes to collect $25,000 his brother Heath owes him. Fearing for Brax, Leah decides to pay Geoffrey off herself until Brax can get back on his feet. However, it's revealed that Brax never owed the man money and now Brax will be in debt to Leah.