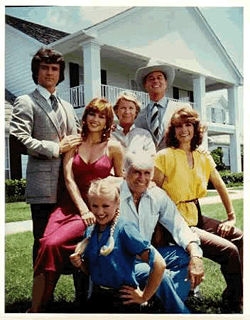 For all of you Dallas fans out there who have been begging and hoping for a reunion event, Soaps.com is excited to report that you’re about to get your wish!

On November 8, 2008, fans are invited to attend a huge reunion party at the Southfork Ranch to celebrate the primetime soap’s 30th Anniversary since its début on September 23, 1978!

If you remember, the Southfork Ranch was home to the notorious Ewing family. For years, the ranch has been used as an event and conference center and is owned by Forever Resorts, who has offered tours of the television landmark to fans everywhere!

A reunion would not be complete without some of our favorite Dallas actors in attendance! Those set to appear will include Larry Hagman (John Ross ‘J.R.’ Ewing Jr.), Linda Gray (Sue Ellen Ewing), who also appeared on The Bold and the Beautiful as Priscilla Kelly from 2004 to 2005) and our favorite B&B Logan father Patrick Duffy (Stephen Logan Sr.) who starred on Dallas as Bobby Ewing from 1978 to 1991!

Tickets for this once in a lifetime event will go on sale on Friday, August 22, 2008 and will range from $100 to $1,000. For more information on tickets and directions to the ranch, please visit the Dallas Reunion website today!

Soaps.com wants to wish everyone involved with Dallas a happy 30th Anniversary!