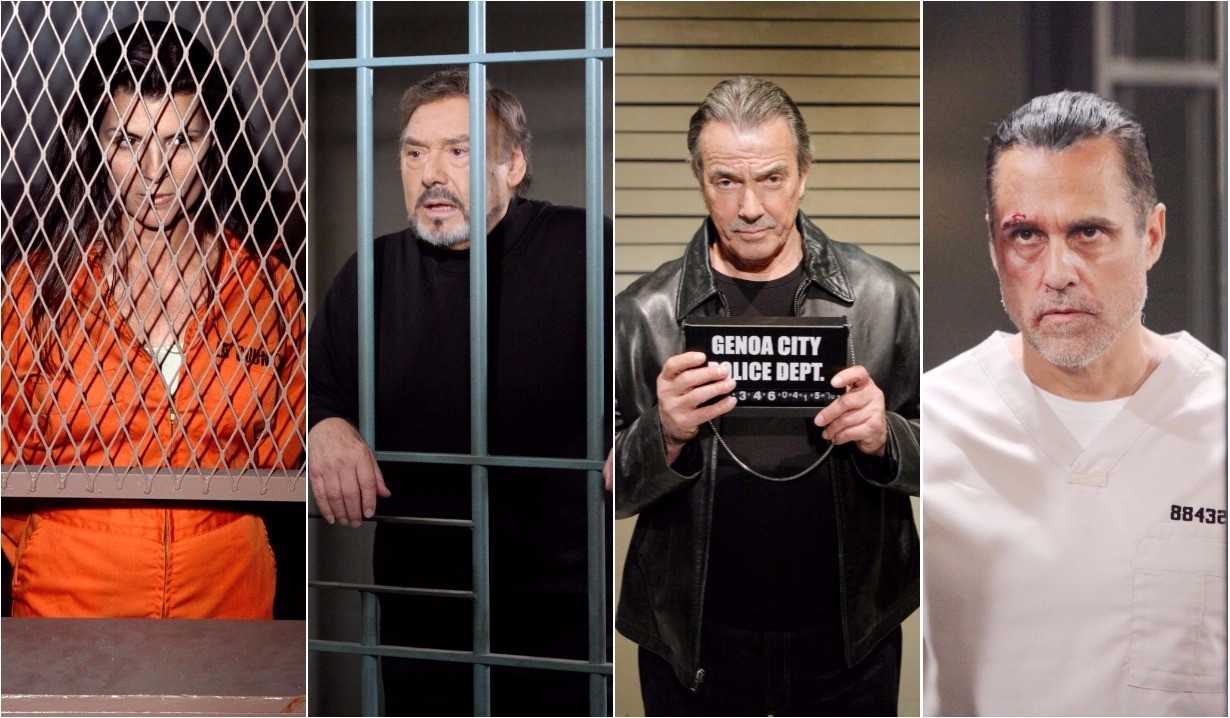 With the unfortunate end to some of our most beloved soaps over the years and low ratings of a few of our current soaps, it’s time for a positive reminder on why we love and have loved soap operas over the years such as All My Children, As The World Turns, Bold and the Beautiful, Days of our Lives, General Hospital, Guiding Light, Passions or Young and the Restless. Sure Soaps.com knows that sometimes the soap opera stories are repetitive or predictable, but nothing is perfect. We have our little top ten annoying things in soaps that bother even the biggest soap opera fan but there are even more reasons we have all been daytime soap fans for decades…

After getting to know the characters in soaps, we laugh along with them during happy times, we cry along with them in their grief, we care about what happens to them. We keep tuning in, daily, almost the way we check in with our own families, yet they differ from our families, from our lives, in such a way that they become a fun way to escape from the mundane.

Whether it has been All My Children, As The World Turns, Bold and the Beautiful, Days of our Lives, General Hospital, Guiding Light, Passions, or Young and the Restless, that we’ve enjoyed in the past or still find ourselves hooked on, we may miss the odd episode or even a week because our PVR failed. When catching up with Soaps.com daily recaps, we realize that we actually didn’t miss that much. Constant flashbacks can help us catch up while The Young and the Restless, for example, drag their storylines on for months, making it almost impossible to miss a thing, though in November 2019, Days of our Lives did an unprecedented one year time jump and ever since, we noticed that if we miss an episode, we actually may miss a lot. Even better reason to tune in daily. 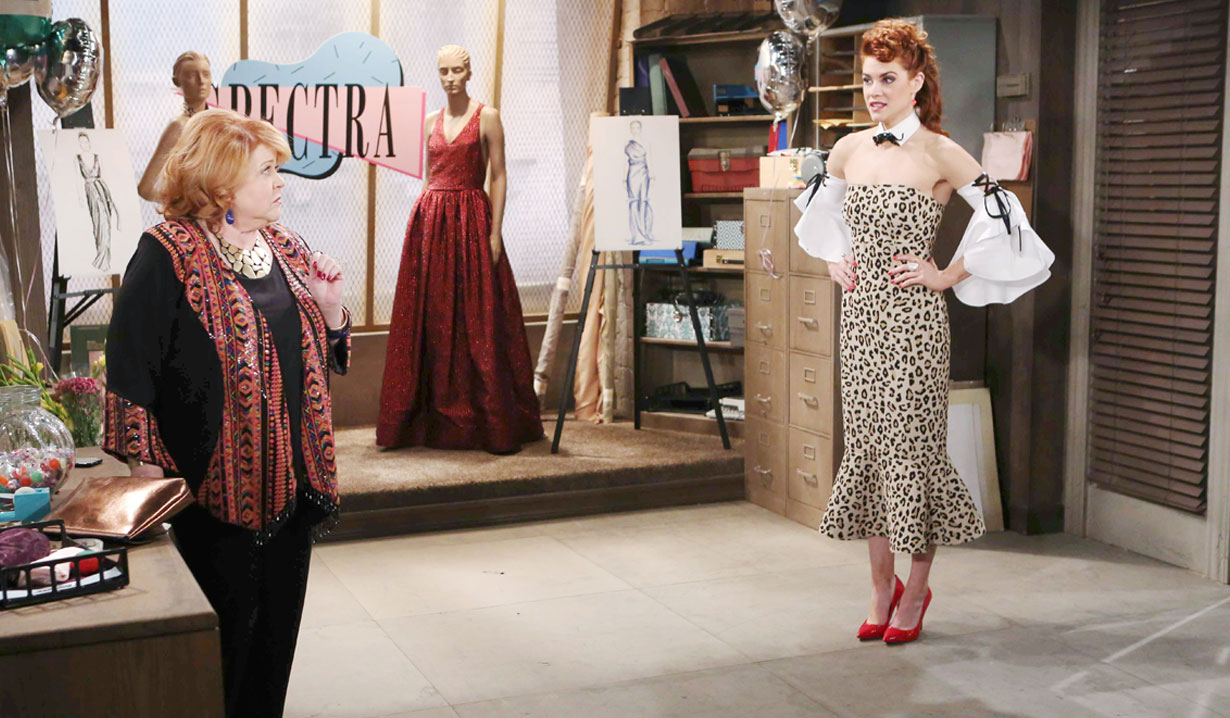 Sometimes it appears exciting to work at Jabot, Newman Enterprises, Forrester Creations, Basic Black, or Titan. The women wear fancy business suits or racy dresses which HR would probably have issues with, they get to smoke cigars, drink, and fight, do the deed on desks or in supply closets, but hardly ever bother with the mundane part of their job. Whether it’s at the office, police station, or hospital, soaps can make 9 – 5 look almost as exciting as the weekend. It’s better than Calgon taking us away. 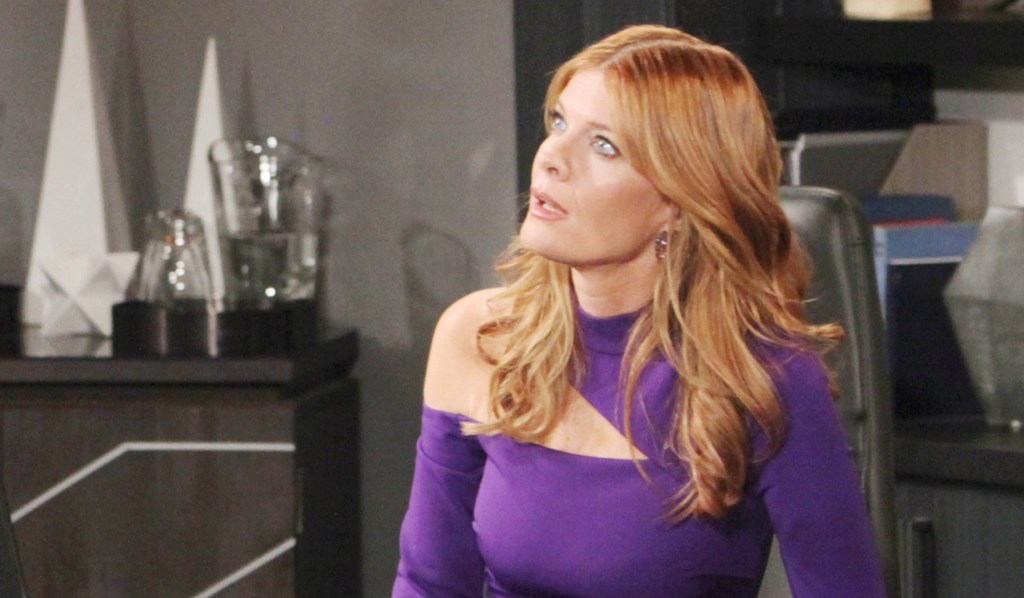 Lovers may find true love but like in reality, they can lie, cheat on each other, and break up, but eventually, if they’re considered to be ‘supercouples’, they’re back together for the endgame or as Brooke may call it, because it’s their ‘destiny’. Some couples in soaps have been married, divorced, married again, renewed their vows, only to break up again. Recycle and repeat – soap characters definitely like to explore their options and tweak their marriage vows. While we may in reality, want to stay away from that, it doesn’t make us want to see it on our screens any less. 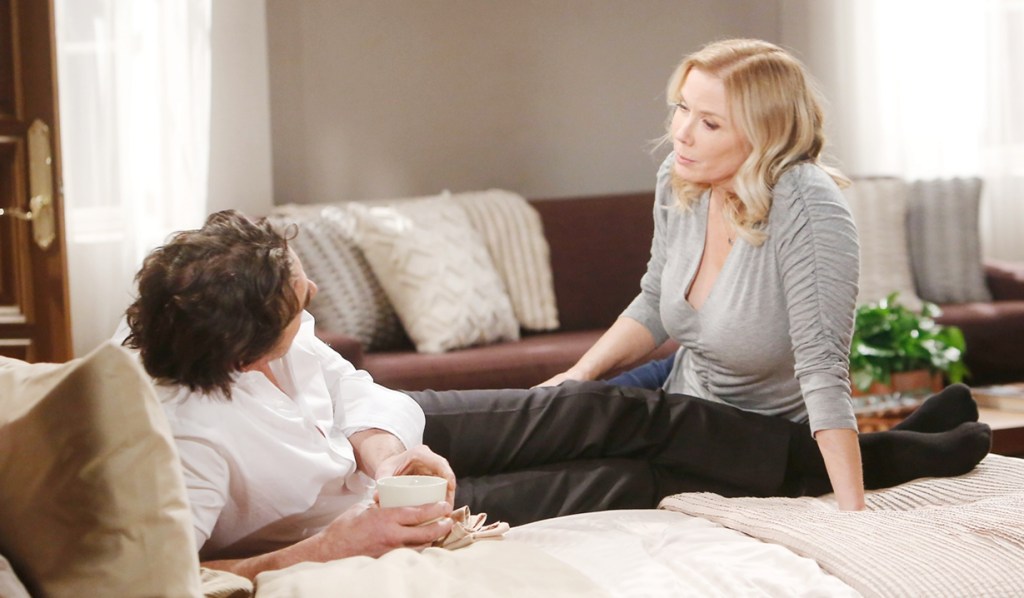 Soap characters have the best secrets that everybody knows

Most commonly kept secrets on soaps revolve paternity test result switches, murders, affairs, and lies. Whatever types of secrets are hidden, they all have one thing in common: they will eventually leak. Often, because the characters can’t keep their mouths shut! 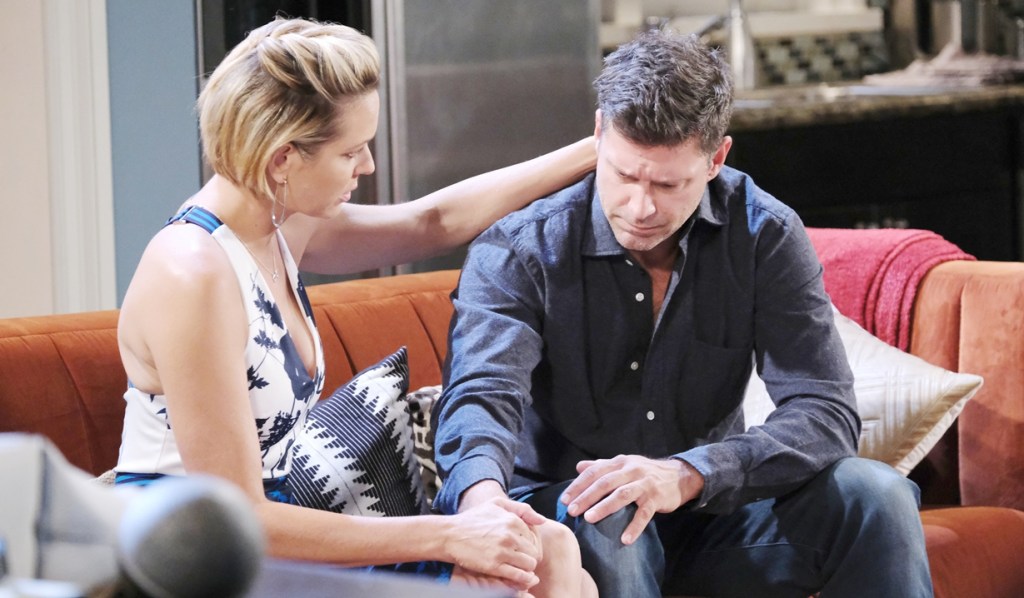 Perfect makeup in prison, bed, on their death bed

Heck, the characters always have a glow around them (which is due to a lighting technique in the soap world), making everyone look air-brush beautiful. It’s fake, of course. Nobody looks that good. While we may lounge around at home in our pajamas or sweatpants, any woman on each soap always wears the latest fashions even if she’s staying in, along with picture perfect makeup applications. And heels. Day after day we tune in to see what these fabulous ladies will wear next for some inspiration for our own wardrobes. 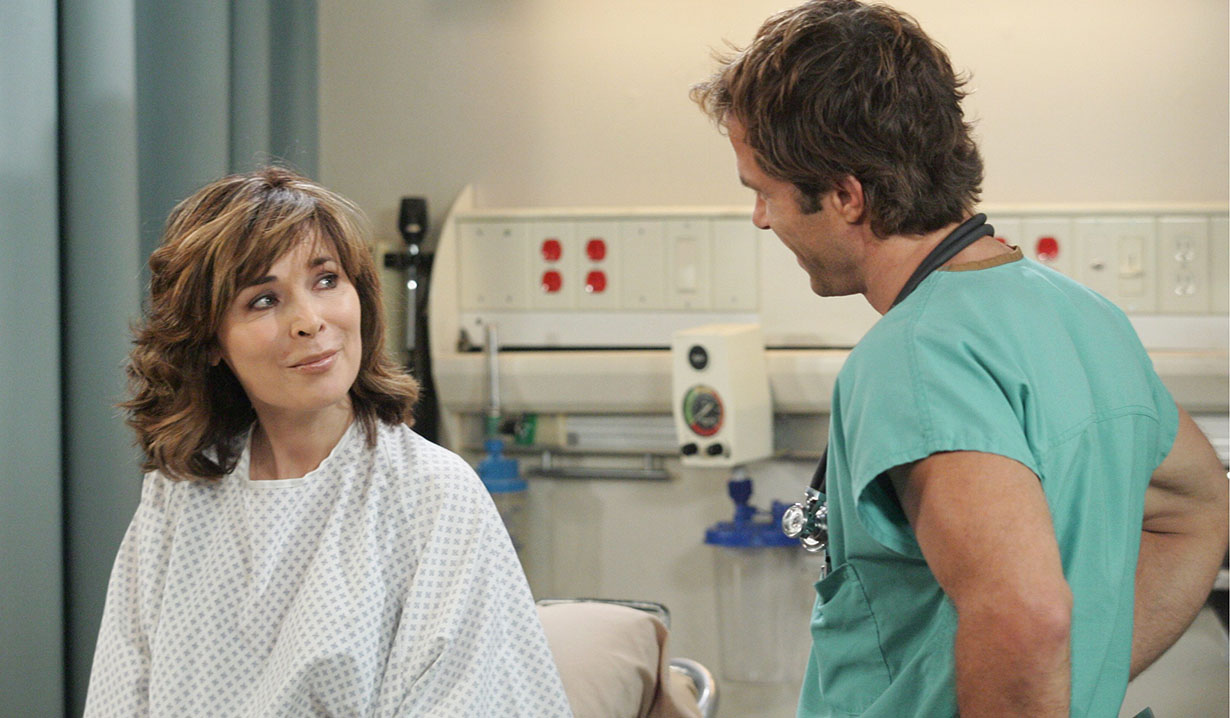 Time and space are almost non-existent in soaps

Sometimes three days can be stretched out into a few weeks, while at the same time, characters can leave home and magically appear (teleport themselves) across town in the next moment. Private jets can fly our soap characters between cities, countries, and even continents in what seems to be ten minutes. Soaps also take the phrase “they grow up so fast” to another level as they age characters before our eyes to fit into new storylines. We don’t mind the highly unrealistic time span issues on soaps. While we don’t envy being aged in minutes, don’t we all wish we could get to Paris in just minutes, in a private jet? 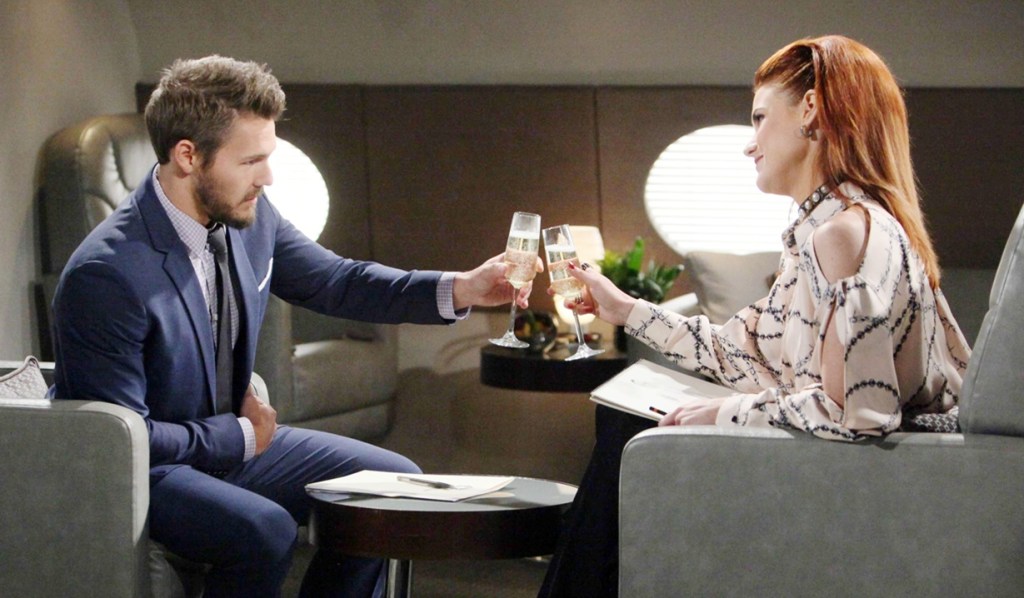 It’s always five ‘o’clock somewhere in the soap world as wealthy soap characters always seem to have a full service bar ready in their living rooms. The Forresters have a fancy one in The Bold and the Beautiful, while the DiMeras and Kiriakis’ have one in Days of Our Lives. We’ve even memorized our characters’ favorite drink, like Nicole DiMera’s love for dirty martinis. It’s become so expected to have the scotch, martinis, or whiskey neatly spread out, that it feels like something is missing if these characters were not having a drink while home. 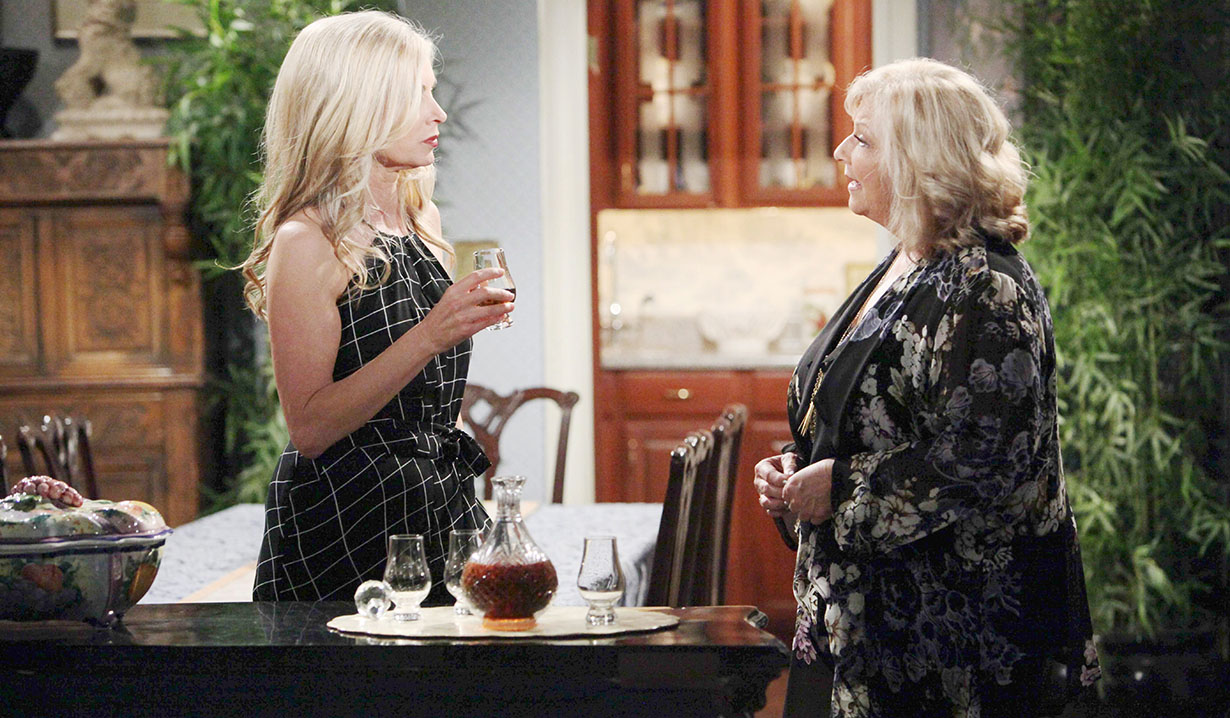 With the soap opera camera close up, we all know these expressions: Victor’s mumbling to the ceiling and Jack’s grimace especially when the Mustache does something he doesn’t like in The Young and the Restless or John and Hope’s distinct eye-brow raise and Sami’s scheming looks in Days of Our Lives, or General Hospital’s Anna’s surprise over watching a snake slither out of a pinata. Our soap characters’ mannerisms and quirks have become as important to our soaps as Victor’s said mustache is to The Young and the Restless. We know our beloved soap characters’ expressions as well as we know those of our own families. 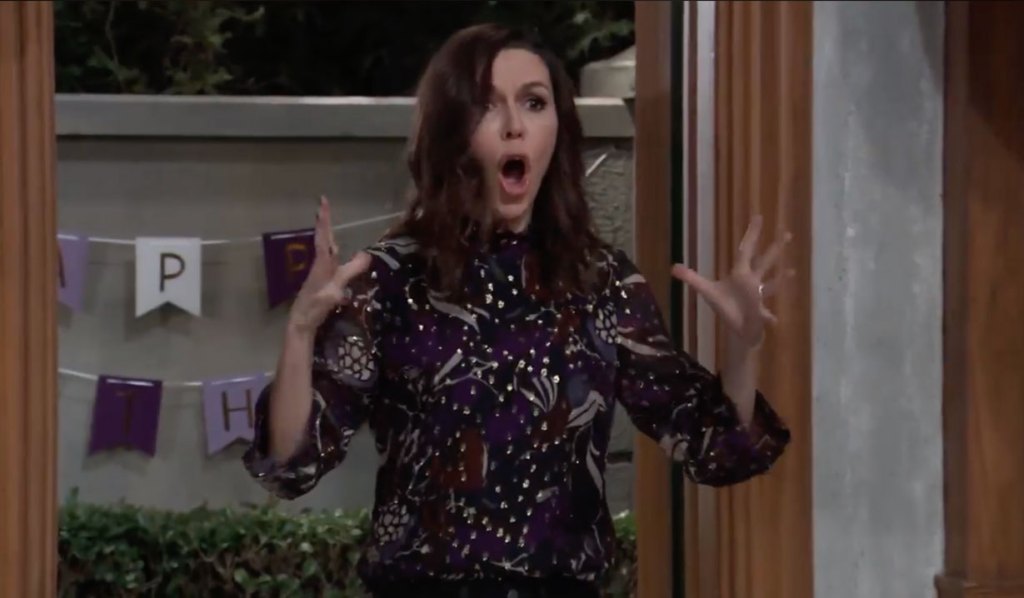 No one ever dies – ever

What do Days of our Lives’ Stefano DiMera and John Black, Young and the Restless’ Victor Newman and Young and the Restless’ and Bold and Beautiful’s Sheila Carter along with GH’s Sonny Corrinthos all have in common? They have 9 lives. Sure, Sheila Carter “died,” came back as a Phyllis look-alike, only to die again. But she returned. We’ve watched characters die and miraculously become resuscitated by sheer will of the family, defying science. Days of Our Lives’ famous serial killer storyline that killed off half of Salem is probably the best example of soap characters’ resurrections. Though fans heart-wrenchingly watched their favorite Salemites die, they all ended up alive and well on Melaswen Island. Immortality, secrets, and scandals – how could we not love our soaps? 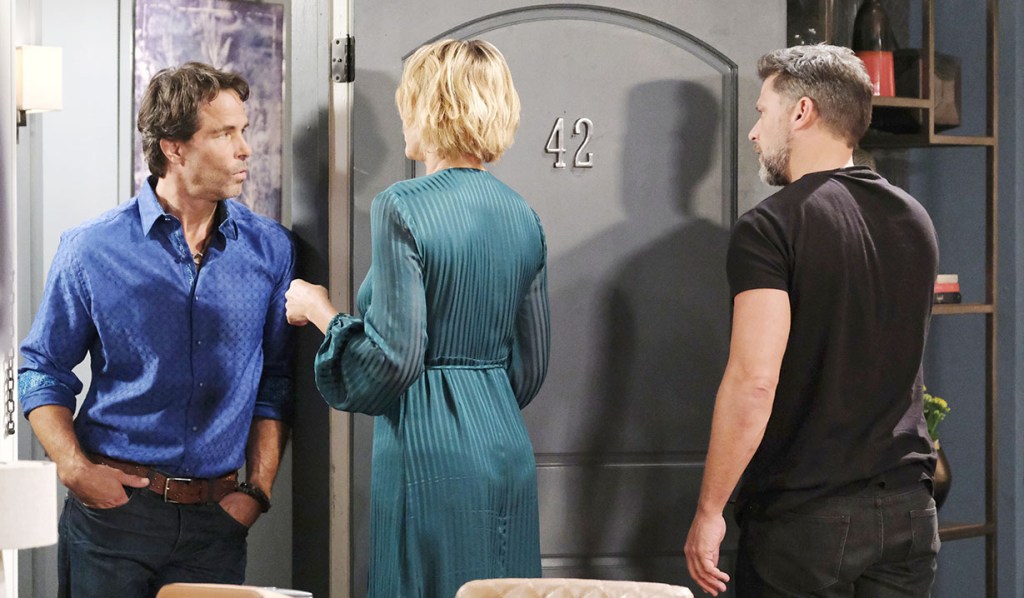 Bold and the Beautiful & Young and...