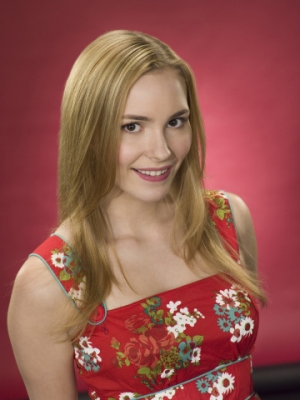 Give us a happy ending! (Mitchell Haaseth (NBC))

Passions is over. Done. Finito.

We still receive email from folks, wondering when Passions is going back to NBC. It’s not. I’m sorry to say that it’s over. All the set props and wardrobe has been sold off, the show was last taped, months ago and the actors have all moved on, since. It was a great run, lasting almost 10 years, but there will never be another episode after today’s finale. I write this with a bit of a heavy heart, as it’s always sad to see any of our daytime shows hit the road. With Passions, some would argue that the show had it [the cancellation] coming, due to the paranormal and campy nature of it, or due to mediocre acting from some of the actors, others would say, “That’s the draw to the show!” I always had mixed feelings about the show. I enjoyed it at times and other times, the unusual way the characters were forced to talk to themselves for minutes on end, irritated me. I will miss many of the actors and enjoyed some of the acting. I found the way they drew out the storylines to be painful to me, and I’m sure it was, even to the most loyal fan. But, it was unique. Where else can you say that you watched Bam Bam (ex-Precious), the trained orangutan, play nursemaid and caregiver to Edna, and have an unrequited love for Luis? What other daytime serial have you seen two lesbians making love? Two gay men, making love? Was there ever another hermaphrodite (Vincent) who became pregnant with his own father’s son? How many times have you witnessed a show go where Passions went? I think the zaniest storyline must have been when Julian’s penis was reattached, after Viki repeatedly stabbed Julian “in the crotch region” while he and Esme were sleeping, blindfolded. Those are some good times, and we’ll miss this old friend.

The show debuted July 5, 1999, as Sunset Beach was cancelled, [I enjoyed that show!] taking Another World’s spot in the line-up. Today is the finale, and though I haven’t been a faithful viewer, there was a time when I wrote the updates and news, and I plan on watching! As usual, we’ll have one of our writers write the recap, for the last time, here on Soaps.com, and if you wish to keep posting in the message boards, we will keep those open for a time, then they will be closed and the Passions section of our site will be archived, for all to read, forever and ever!

Incidentally, because Soaps.com has only been opened for two years (as of August 14), you can also catch previous episodes, dating back to the very first episode, where the residents of Harmony are preparing for the Fourth of July Carnival, and onward, Right here on Soap Opera Fan, which is our sister site, and what used to be Dustin's Days Page! If you happen to click on the blog, our apologies! It's still in progress! More on that another time!

For those who would like to watch the show from beginning to end, once again, and relive the madcap storylines, starting August 11, 2008, at 2 PM and 4 PM EST, the show will repeat broadcasts from the very first episode, in Canada, on the Super Channel, from Monday to Friday. Read more here.

Matthew Purvis, who put a great amount of love into the Soaps.com Passions section, wanted to say his own, special goodbye. You can read that here.

Soaps.com would like to wish all the cast and crew a farewell and we hope to see you gain employment on some of the other daytime dramas!

Afterthought: I missed it. I actually missed it. I had a meeting. What can I say?! I saw the clip on the main page, and am busy reading the final recap here. Enjoy!

Stars To Attend POZ's Bacharach to...