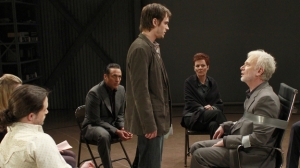 Honoring those in directorial excellence in film and television.

The nominees for this year’s 64th Annual Directors Guild Of America Awards (DGA) have just been announced! Soaps.com is pleased to present the nominees for…

“All My Children’s” Casey Childs and Angela Tessinari

“The Bold And The Beautiful’s” Cynthia J. Popp

“One Life To Live’s” Larry Carpenter

“The Young And The Restless'” Mike Denney

The awards ceremony will take place on January 28 in Los Angeles, California. Soaps.com will announce the winners thereafter.

For fun check out Soaps.com’s As The World Turns Fan Fiction: Is Jennifer Alive?