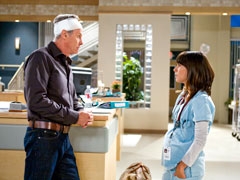 For those who are anticipating tonight’s August 5, 2008 episode of General Hospital: Night Shift we have some teasers for you!

In tonight’s episode, titled Fallen From The Sky, Robin (Kimberly McCullough) can’t believe that the plane crash victim who Jagger (Antonio Sabato, Jr.) rushes into the ER is her father – Robert Scorpio (Tristan Rogers)! Robert acts as though he doesn’t need any help, which doesn’t surprise those who know his true character traits, but the fact that he doesn’t recognize his own daughter is the real kicker!

While family emotions are kicked into high gear in the ER, Leo (Ethan Rains) and Saira (Azita Ghanizada) find it harder and harder to fight their own battle – the heavy desire looming over them, and Kyle (Adam Grimes) and Claire (Carrie Southworth) can’t seem to find a happy medium where their living arrangements are concerned! At least Epiphany (Sonya Eddy) and Toussaint (Billy Dee Williams) will take the right direction and discuss where their relationship is going – if it’s going anywhere.

Soaps.com wants to thank our friends at SOAPnet for the sneak peek into tonight’s episode! It is clearly one you don’t want to miss! Tune in at 11:00 PM EST for the excitement! 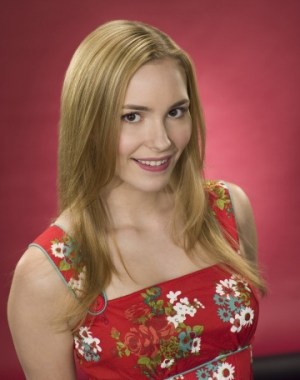