Michael E. Knight And Robin Riker In The Cost Of The Erection 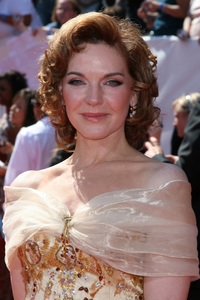 Former Daytime actors, “All My Children’s” Michael E. Knight (ex-Tad) and “The Bold And The Beautiful’s” Robin Riker (ex-Beth) will star in Jon Marans’ “The Cost Of The Erection.” Though the production will first be presented on February 4, it will officially open on February 11 and run through March 18 at Blank Theatre’s 2nd Stage at 6500 Santa Monica Boulevard (at Wilcox) in Hollywood, California.

Through an official press release, “The Cost Of The Erection” is a story about “wealthy Susu Ziegler, who has purchased an exclusive Manhattan raw space apartment overlooking the Hudson. She hopes to have her architect husband design this tricky space, but with their marriage on the rocks, she forces him to compete against a younger, hotshot architect. This sexy, funny tale is told in a heightened theatrical style, compressing and playing with time and space, and ultimately examines what makes a marriage work. Or not work.”

If you have an idea who JR (Jacob Young) shot during the Pine Valley finale vote in our Who Did JR Chandler Shoot poll.