Oh no, they didn’t go there with these awful hookups!

After creating our own list of the worst soap opera hookups, Soaps.com asked our readers for their own suggestions. Written for the readers by the readers, check out the latest bad pairings in Daytime.

10. Sharon and Billy, the “Young and the Restless:”
Sugardear writes, “Add Sharon and Billy.” This pair was a downright debacle! Just when it seemed as if Sharon couldn’t possibly sink any lower, she hooked up with her brother-in-law on the rebound from a ruined reconciliation with Nick. Billy is no saint, either. He was supposedly trying to make things work with then wife Chloe, for the sake of daughter, Delia. These two should have known better than a drunken affair.

9. Marina and Danny and Michelle and Tony, “Guiding Light:” The only thing worse than a rebound relationship is being a temporary stop-over until your lover finds someone better. Chillyfan25 points out that “Guiding Light had some bad hookups in their later years, such as Marina/Danny and Michelle/Fake Tony.” Poor Marina and Tony were merely road kill along Michelle and Danny’s rocky road relationship.

8. Felicia and Luke, “General Hospital:”
Stomach-turning is probably not what the writers were going for when they mistakenly threw Felicia and Luke together, but it’s the effect they had. One fan writes, “I absolutely hated when Luke and Felicia hooked up. They totally grossed me out when they would make out.”

7. Viki and Charlie, “One Life to Live:”
Prevailing heroine Viki isn’t immune to bad hookups. Ladysmom writes, “How about Viki and Charlie? I know Ben was a hard act to follow, but these two bored me to death! The only thing the writers could do to add tension to the mix by bringing back Echo diSAvoy, who once had an affair with Clint while he was married to Viki. It was a dumb plot device which killed Charlie’s character. To have Charlie sleep with Echo made Charlie look clueless. It also made Viki look like a loser, something she definitely is not!”

6. Liza and Damon, “All My Children:”
What’s the fastest way to ruin an already strained relationship with your daughter? Hook up with her boyfriend! Minnime reminded us that Liza and Damon had been working together and getting closer. After a bad day, they made themselves feel better by having sex. A few minutes of pleasure lead to a lot of regret, Damon leaving town, and Liza realizing she would lose out on being mother of the year.

5. Hope and Thomas, “Bold and the Beautiful:”
Hope may be more concerned with virtue than her mom, Brooke. However, she’s following in her mom’s footsteps by compiling a long list of bad hookups. Lara Kroft writes, “I’d like to add Hope and Thomas. Not long ago, the creep/stalker had the hots for Brooke. He also tried to kill Rick for hooking up with Steffy!! Thomas is crazy and creepy. Why on God’s green earth would the writers think this is a good idea? It isn’t by a long shot. This is the latest gimmick masquerading as a storyline.” I couldn’t agree with Lara Kroft more. Also, if Hope considers Ridge to be her dad and at one point thought of Steffy as her sister, wouldn’t this make Thomas a brotherly type? Ick!

4. Sami and EJ, “Days of our Lives:”
Sami and EJ have hooked up numerous times, but their recent grief sex encounter rates as disastrous. One fan writes, “They thought Johnny had died and started pushing each other around, yelling and name calling. It was absolutely horrific, really nasty and vicious. Then they had sex!” Only this pair could take something disturbing and turn it into something passionate. Unfortunately, now the audience has to suffer in their guilt for hurting their loved ones.

3. Jessica and Ford, “One Life to Live:”
Do you find yourself wishing Jessica had better taste in men? You are not alone. Jodie87 says of the pair, “Robert Ford and Jessica Buchanan from “OLTL” is one of the worst couples on soaps. It still makes me sick to my stomach that they’re ending the show with them being a couple. I know he didn’t pin her down and threaten her when they had sex, but he took advantage of her when she believed she was 16 and got her pregnant. She has a split personality and he tried to take advantage of her mental state. If the show wasn’t ending, when Ryder (their son) got older and found out how he got conceived it would be a real slap in the face and an insult to him.”

2. John and Gloria, “Young And The Restless:”
If you think the late great John Abbott deserved better, you will agree with Eppy, who wrote, “I thought John Abbott and Gloria was a horrible hookup. No doubt she pursued him for the money and prestige and used sex enhancers (unbeknownst to him) to bolster his manly confidence. That is very dangerous stuff to give a man who had a heart condition which eventually killed him. I blame her for his death!” No doubt Jack Abbott would agree, too!

1. Marty and Todd, “One Life to Live:”
One of the most bizarre hookups in soaps history did not go unnoticed. CdaFanEN said, “How could you not include Fake Todd and Amnesiac Marty on “OLTL?” The whole rape-romance idea was beyond disturbing. Real Todd was right when he said, “Did that action not strike anyone in Llanview as grossly out of character?!” The writers may have given Marty amnesia, but the fans couldn’t forget how out of character this hookup was.

What did you think of our reader-inspired Soaps.com’s top ten worst hookups list? If you are a “Young and the Restless” fan, look for our upcoming list dedicated to the show. Feel free to leave your comments or other suggestions below. 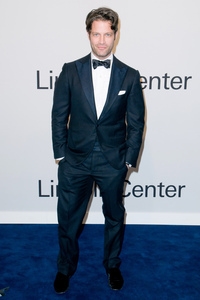 Can Prospect Park Still Save All My Children And One Life To Live? 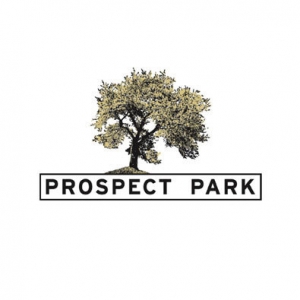