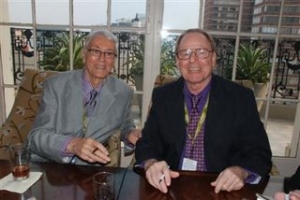 Soaps.com wants to take a moment to remember Daytime Emmy Award winner and producer Robert Calhoun, who passed away on May 24, 2008 at the age of 77 due to lung cancer.

Born in Brooklyn, New York, Robert graduated from the University of Maryland then went on to serve three years in the US Navy. Although he began working in theater, Robert left his mark in daytime over a number of successful years. Starting off as a director on Another World in 1979 and 1980, Robert went on to produce an episode of “Texas” in 1981 before heading over to produce As the World Turns from 1984 to 1988, where he won a Daytime Emmy for his work in 1987. Throughout his time with the show, he received five additional nominations as well. In fact, the soap’s ratings skyrocketed to first place with Robert as Executive Producer.

After leaving As the World Turns behind, Robert moved over to Guiding Light from 1989 to 1992 where more nominations came in 1990 and 1991. Aside from daytime, Robert had a hand in starting the Mark Taper Forum in Los Angeles and translated Italian film scripts into English in the 1970’s during his time in Italy. He was also the co-author of his lifetime partner actor Farley Granger’s 2007 memoir “Include Me Out.”

Soaps.com wants to send our sincerest sympathy to Robert’s two brothers, his sister and Mr. Granger. Although Robert is gone, his name and memory will live on through all of his accomplishments…

Daytime Emmy Tickets: Buy One Get One Free! 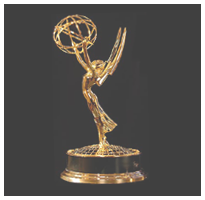