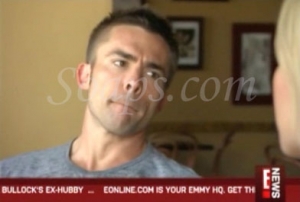 The series premiere of Dirty Soap laid the groundwork for all the drama that is about to unfold on the E! reality series. All season long, the cameras will follow seven soap opera stars as they deal with their off-screen lives and relationships.

In the first episode, Farah Fath (Gigi, “One Life to Live”) was gung-ho about moving from New York to L.A., but her boyfriend John-Paul Lavoisier (Rex, “One Life to Live”) wasn’t quite as thrilled about leaving the town he loves. Then there was the drama, which has only just been touched on, surrounding her fractured friendship with Kirsten Storms (Maxie “General Hospital”), who she feared running into. Meanwhile, Brandon Beemer (Owen, “The Bold and the Beautiful”) supported his girlfriend Nadia Bjorlin (Chloe, “Days of our Lives”), as she taped her final scenes on the NBC soap opera. At the same time, Galen Gering’s (Rafe, “Days of our Lives”) wife wasn’t too happy about him making out with other women for a living and Kelly Monaco (Sam, “General Hospital”), who, with the help of Storms, began purging her home of things that reminded her of her ex-boyfriend.

It was a pretty good start to the reality show, as it mostly showcased everybody in a good light, created tension between the characters, set the scene for what we can only assume will be a season long drama and even showed some behind the scenes action on a couple of sets. Did anyone else catch Kelly in a scene with Maurice Benard (Sonny, “General Hospital”)?

For the full recap go to Soaps.com’s sister site Reality TV Magazine and read SheKnows’ interview with the men of Dirty Soap.