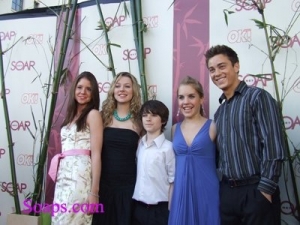 Can’t get enough of our Soaps.com Writers’ Emmy Predictions, sit back while Bold and the Beautiful recap writer, Days of Our Lives news writer and roving Soaps.com interviewer, Lori Wilson chimes in with her picks for the 2008 Daytime Emmys…

While I have issues with some of the nominations, which categories a few of the actors are placed in and who was left out, I do feel many of the nominees did excellent work this year. Based on who received nods, the following are my picks for who I would like to see take home the Emmy.

For the Outstanding Younger Actress category, I have to believe ATWT’s Jennifer Landon will go home with the win. She’s a previous winner and always turns in a strong performance. Rachel Melvin from Days would be a nice upset, but I personally think she’s been doing a better job this year than last.

I’d like to see Van Hansis take home the win for Outstanding Younger Actor. He has played the controversial Luke on As the World Turns with great conviction, emotion and believability. Tom Pelphrey is usually a critical favorite, but I think he often overdoes his portrayal of Jonathan on Guiding Light.

In the Outstanding Supporting Actress category, I’d like to see Kelley Menighan Hensley go home with the Emmy. She can always be counted on to sell whatever story she’s been given and no matter what questionable thing Emily does on As the World Turns, Menighan Hensley always makes us care about her.

I agree with most of the choices in the Outstanding Supporting Actor category, but have to go with Trent Dawson for the win. He’s funny, charming and sensitive and his Henry is always a bright spot on ATWT. I’d like to see humor (which is difficult to pull off in soaps) rewarded and think Dawson is more than deserving of this honor.

I don’t have strong feelings about who I’d like to see win in the Outstanding Lead Actress category, but Michelle Stafford played an impressive dual role on Y&R and Maura West on ATWT is always a front runner.

When it comes to the Outstanding Lead Actor nominees, I hope Anthony Geary takes home the statue, and not just because he’s one of only three actors nominated from ABC! After playing the character for twenty plus years, he showed us a different side of Luke when he faced the very real possibility of his death. As always, he played Luke with humor and complexity and his scenes with Jane Elliot’s Tracy are always priceless.

As much as I thought the Metro Court hostage crisis on General Hospital last year was griping and truly cliffhanger stuff every episode, I have to go with One Life to Live for best show. It has enjoyed a major overhaul over the last year by going from dull and boring to interesting and fun. The writers have breathed new life into many of the veteran characters and introduced us to new ones that have livened up the place. OLTL had a great year and deserves to be recognized for turning itself around.

Be sure to meet us back here tomorrow, as we’ll bring you our final Soaps.com Writers’ Prediction! Until then, you can view Part 1 of our predications Here! 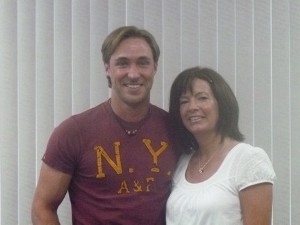 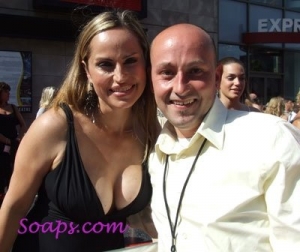