It’s a new week and as promised, we’re back with more Daytime Emmy Predictions!

“I have no faith in my psychic abilities, or my ability to get into the mind’s of the people voting, but I’m going to take a few quick shots.” Guiding Light and Passions writer Matt Purvis offers his sober predictions on who might take home an Emmy this year.

Outstanding Drama Series: I’m guessing General Hospital or One Life to Live will win. That’s just a gut feeling and I’ll give the edge to the latter. Guiding Light actually had quite a few extraordinary episodes last year, but I think CBS will be bumped out this time.

Outstanding Lead Actor: Peter Bergman (Y&R) because he’s the consummate soap actor and he could even make the disaster plot less disastrous.

Outstanding Lead Actress: Nicole Forester (GL) or Michelle Stafford (Y&R) should take it. Stafford for the Sheila plot, which I hated, but she was terrific. Forester because she could actually make me feel bad that Tammy was dead. The category always surprises me.

Outstanding Supporting Actress: Gina Tognoni (GL) should take it. She deserves it; every note she hits is fabulous. I could watch the woman do her hair for an hour, that’s how much finesse she can put into the smallest thing.

Outstanding Supporting Actor: Greg Rikaart (Y&R) will take it. He’s been putting more depth into that show than it’s ever had.

Outstanding Younger Actor: Van Hansis deserves it and he’ll take it. Few young actors seem as genuinely comfortable and effortless in front of the camera as he does.

Outstanding Younger Actress: The category disappointed me again this year because they didn’t select Marcy Rylan (Lizzie Spaulding on GL) who can pack more into a scene than most can into a week. I’ll say it’s a toss up between Y&R’s Vail Bloom and Emily O’Brien, both of whom are capable of turning in surprising performances.

As usual, Passions didn’t receive any nods for acting or series. It’s disappointing, but the show has always mocked the odd solemness sometimes accorded to soap acting. Ben Masters (Julian), Erin Cardillo (Esme) and Philip Jeanmarie (Vincent-Valerie) all deserved nods for playing with some of the most complex and eccentric character material on daytime.

Stay tuned, as we’ll be bringing you our next Emmy Predictions tomorrow! In the meantime, you can view Part 1 of our predications Here! 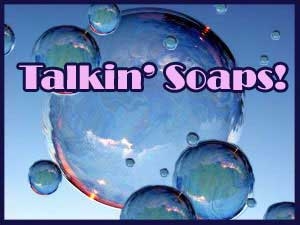 Soaps.com to be featured on Talkin' Soaps! 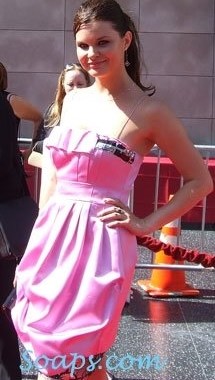