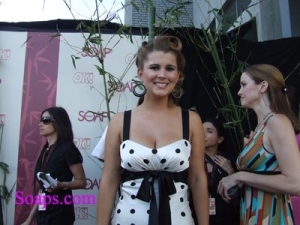 Kicking off our third installment of Soaps.com Writer’s Emmy Predications, we hear from our General Hospital Writer Julie Clark Robinson as she admits that she is totally biased in her assessment of who should win Emmy Gold and brazenly makes her wish list in spite of the fact that none of her vote-getters were nominated!

Lead Actor: Tyler Christopher. C’mon guys, for half of the year he was controlled by the evil Mr. Craig and for the other half he raged against those he loved the most. He played all emotions convincingly and without relying on over-the-top tears or grandstanding.

Lead Actress: Laura Wright. At the moment I can’t even think of what she brought to life in ’07 because I’m so stunned by her current emotional defiance in letting go of her first-born. Suffice it to say that I hereby nominate her for 2008.

Supporting Actor: Sebastian Roche. Must I list his various personas? Evil Mr. Craig coldly held half of Port Charles hostage and seemingly thrilled at tormenting them with mind games. James Brosnan reappeared, deposited himself squarely in the lap of luxury at Wyndemere and charmed stoic Alexis Davis at the same time. And finally, as Jerry Jacks he’s deeply flawed but amazingly lovable as a good guy who simply does bad things.

Supporting Actress: Hello…Carolyn Hennesy. All last year she was the hard-core mob lawyer who showed us only a fleeting peek at what makes her tick when the subject of high fashion came up. She eventually evolved into a hot-blooded, beer-drinkin’, gal pal who enjoys biker bars, firemen and her flexible new boy toy Max. Talk about diversity!

Younger Actress: Kirsten Storms? Na, Maxie’s too one-dimensional for me. Julie Marie Berman? Nope, Lulu doesn’t move me much lately either. Lindze Letherman? I think I’m the only person who was kind of glad to see Georgie’s ever-suffering self go. Perhaps the nominating committee got it right by skipping GH for this category.

Younger Actor: C’mon, what about Dylan Cash? Freckle-faced Michael started 2007 by playing video games and by the year’s end he was something right out of the Sopranos. He frightened me with that cold stare and talk of revenge, all while enduring a voice change to boot!

There you have it. It’s not that I don’t love the other soaps, nor do I begrudge them their nominations, it’s just that GH being missing from so many of the categories was a surprise. As a GH lifer, I will be holding my breath for Tony Geary on June 20th (and blogging for Soaps.com at the same time).

Be sure to check back on Monday when we’ll deliver up our next set of Soaps.com Writer Predictions!

In the meantime, you can view Part 1 of our predications Here! 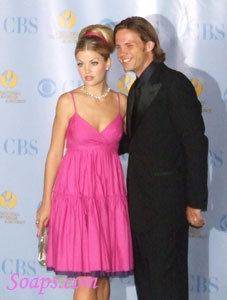 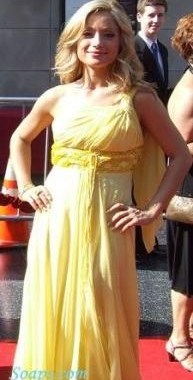