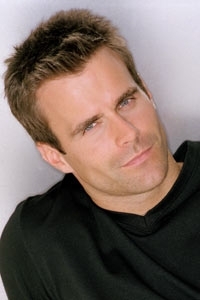 He wasn’t nominated for an award this year but Cameron Mathison (Ryan, AMC) will be front-and-center at the 35th Annual Daytime Emmy Awards. Soaps.com has learned that Cameron has been asked to co-host the awards ceremony this June! Joining Cameron on the hosting gig will be Sherri Shepherd from “The View”.

This isn’t Cameron’s first run at a hosting gig, and we’re betting it won’t be his last! He signed on to host the SOAPnet series “I Wanna Be a Soapstar” two seasons ago and just recently landed a gig hosting a new game show on TLC! Being an Emmy host is just another coup for the actor – and one of Pine Valley’s busiest hunks! Cameron also starred in the ABC reality hit “Dancing With the Stars” last fall.

And don’t forget about his role as Pine Valley’s Ryan Lavery. Even with all of Cameron’s other commitments, the character of Ryan has remained on the front-burner. In the fall, he was settling into married life with Annie but soon after Christmas, Ryan fell into a bout of amnesia after a gunshot wound. He believes it is still 2004 – and he’s in love with Kendall. Though Ryan is regaining some memories of the happenings in the last four years, he is still hopelessly in love with Kendall, who is now married to Zach.

With all of this going on and a busy family life, too, how does Cameron keep everything straight? We have no idea, but we’re certainly glad he does!

The 35th Annual Daytime Emmy Awards will be televised on the ABC Network, June 20, 2008 from Hollywood’s Kodak Theatre. Check your local listings for the exact time and channel.

Soaps.com’s Editor-in-Chief, Christine Fix, and two of our reporters will be there live to bring the red carpet scoop, and stay tuned to our newsrooms because the writers from each soap will be giving their thoughts on the nominees, the winners and those fabulous gowns through a live blog! You won’t want to miss a thing – and you’ll get the scoop straight from us as you’re watching on TV.

AMPTP and AFTRA Prevent An Actors...