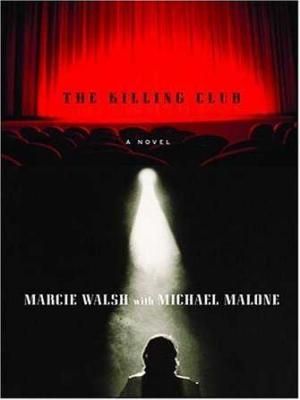 During the course of many common soap opera storylines, we’ve found that the soaps have thrown in a few that really come to life before the readers’ eye!

The Young and the Restless executive producer Josh Griffith recently referred to the show’s Restless Style online magazine as a way to bring viewers back to the show by giving them a ‘real’ storyline to get into, and online website to go with it, bringing the world of fiction to reality for everyone to enjoy!

However, this isn’t the first time we’ve seen this sort of tactic used in daytime. One Life to Live fans will never forget the Killing Club murders surrounding Marcie Walsh’s (Kathy Brier) high school writing rants, which ended up bringing a serial killer to Llanview who was carrying out the novel that Marcie wrote and published on the show – the same one that ended up being sold in bookstores all over the world!

Most recently, All My Children viewers have gotten a treat watching Kendall Hart Slater publish her very first novel Charm! With perfumes and such having been available to the fans prior to the show’s Charm book release, ABC President Brian Frons thinks these avenues are about more than just another way to make a buck but more importantly a fun way for fans to ‘hold’ a piece of their favorite daytime drama – and the storyline that goes with it!

Although we at Soaps.com are currently into Emmy mode for this year’s annual event, 2008 has already provided many different Emmy nomination possibilities for the 2009 ceremony to come!

We all have our favorite soaps that we watch faithfully everyday, but it’s always nice when the shows go the extra mile to not only please their current fans but as a way to reach out to those looking for a new show to add to their daily television-watching schedule!

Siren Returns for Season 3: Eline Powell 'Welled Up' When She Saw Ryn's Baby