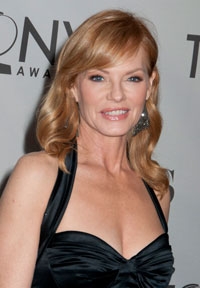 “The combination of that info and me having a hard time letting go of this show and this group of people, I said, ‘Yeah, I’m not done playing this character; I’m not done letting go of this group of people,” Helgenberger explained to Hollywood Reporter at TCA Wednesday. The actress, who has portrayed CSI Willows since 2000, will leave the role which, has earned her a nomination for two Emmys and two Golden Globes, this coming January 2012.

Longtime fans will recall Helgenberger playing the uptight amateur cop on the now defunct “Ryan’s Hope” Siobhan Ryan Novak from 1982 to January of 1986.

Could this be the last we see of Willows or will she ultimately return as other castmates have such as Jorja Fox (Sara Sidle) and William Petersen (Gil Grissom) in a guest or recurring capacity?